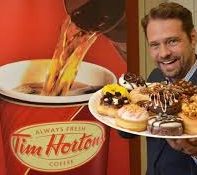 When Tim Hortons was taken over by the American/Brazilian financial conglomerate Restaurant Brands International (RBI), I was afraid their new marketing strategy would dilute our unique Timmie’s Canadian brand. And it did. Big time. One of my biggest fears was that they’d start selling burgers, a food item so typically American and so far from Timmie’s culture of Canadian red mittens and road hockey commercials that it was bound to alienate and offend Canadians. Then, they did it; they added meatless hamburgers to their menu. But the wheels fell off. Don’t say I didn’t warn you it wouldn’t work. Now, they’ve stopped selling burgers.

Ever since Canadians gave up control of Tim Hortons it’s been a rough hockey game, without the Canadians captaining the team. I’ve written numerous posts over the last few years telling Timmie’s to keep their stick on the ice and their eye on the game. They’ve lost sight of the puck and are playing too fast and loose with our culture, which has seriously eroded their fan base.

The long line-ups both inside their restaurants and outside at the Drive-Thru would lead one to think business is booming and they’re raking in the dough!! But the food industry is a low-margin proposition at best and we Timmies’ customers can be pretty fickle in our loyalties. Don’t tempt us with second-rate hamburgers and don’t treat us like bottom line accounting statistics. When Ron Joyce stepped aside and let the Yanks and Brazilians take over, things inevitably shifted to an American sensibility. We’re not American and we’re infinitely more sensible.

I first joined Timmie’s club many cold Canadian winters ago when they started offering steeped tea that appealed to tea aficionados like me. Tea is something else Americans don’t understand. I’m not a coffee drinker and I always felt left out walking around minus that iconic brown cup bearing a hot beverage in my hand. With our strong ties to our British and French heritage, Canadians understand a good cup of tea. We don’t like a sloppy bag of inferior quality tea floating in the cup with all the tannins scumming on the surface. Steeped tea eliminates that problem.

Tim Hortons is a Canadian cultural icon and the more they mess with its Canadian-ness the more they risk losing our business. And, the sooner they start listening to me the better off they’ll be. If they want to expand their menu with something we Canucks would actually like and can identify with, what about quality butter tarts? But not the ones with heavy pastry that tastes like a hockey puck and the heft of shoe leather. No siree. Nice light, flaky pastry with deep, gooey filling and perhaps a few pecans, walnuts or raisins tossed in.

While I’m on a rant here, I’m not entirely sold on their new brown lids for cups. They’re easier to pop open and the flaps don’t slam back down and wack your nose like the old ones, but it is a little tricky sipping my steeped tea without my bottom lip on the rim of the cup without getting tea up my nose. Is it possible to revisit the design of your new lids? Praise be, I’m not a complainer (??) but do I think those new lids need a tad more tinkering to get it right. And make sure those new lids are designed and clearly marked as recyclable.

As evidence that the big pooh-bahs at Tim Horton’s follow my blog, not only did they discontinue burgers, they’ve launched a new commercial featuring a little boy from my home town, Campbellford, Ontario (pop. 3500). Eight-year-old Gordie Gilders was selected from among hundreds of hopefuls to play a young Wayne Gretsky when he and his dad Walter visited Tim Horton’s in Brantford to get a personal autograph from the real Horton, Tim himself. I really like this new, warm and fuzzy, uniquely Canadian commercial and hope to see more of the good old-style image Timmie was built on.

Has Tim Hortons fired their American marketing people? Is it possible they now rely solely on my BOOMERBROADCAST blog postings to develop future business policy? And, since they’re probably reading this, perhaps they could also eliminate the waxy coating from their cups that excludes them from the recycling bin? The entire country and our environment would be eternally grateful. Keep innovating, but direct your efforts at worthy goals.

I dumped my stock in Tim Hortons some time ago following the RBI takeover. But I really do want Tim Hortons to do well so I can buy back in again. I’m always available to answer questions on how to run the business Canadian-style. Call me. Any time. In the meantime, I’ll have a large double-double, a large steeped tea with milk, in a mug, and since you don’t have butter tarts, I’ll have a peanut butter cookie. Please. For here. Yumm! 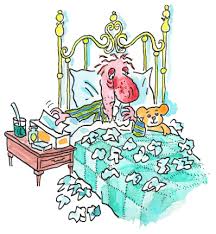 I’m with you. I heard on the radio this morning that a Tim Horton’s in Ottawa put up a sign saying that if anyone lingered for more than 30 minutes, management would call police and charge them with trespassing. Backlash was swift and fierce, so they took the sign down. Definitely didn’t score any points with that. (Tim Hortons are franchised so the move had nothing to do with RBI, but it was stupid.)(https://www.ctvnews.ca/canada/tim-hortons-removes-sign-ordering-customers-to-leave-after-30-minutes-1.4730653

That’s disgraceful – and so un-Canadian. When I was in Paris a couple of years ago I watched with amusement as an elderly lady plopped down at an outdoor table beside the propane heater (it was a cool day) at a cafe. As the waiter approached, she waved him off with a “de rien” and proceeded to spend the next hour checking her emails and making notes in a little book she had in her purse. No one bothered her. That’s civilized. Thanks for your comments.