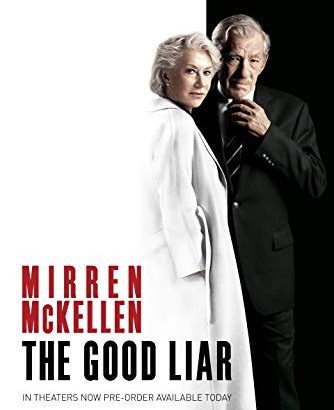 I love going to the movies. Well, no doubt it has a lot to do with the warm popcorn and the bucket of Diet Coke I treat myself to, but the bottom line is I really enjoy a matinee with my honey or a couple of girlfriends. One thing I’ve learned, however, is that movie critics and I don’t always have the same taste or agree on what constitutes “good”. There are so few movies targeted for baby boomers so when one comes along that I think I might like, I’m eager to see it.

Helen Mirren is rarely involved in a clunker. She’s a seasoned actor, a generational icon and a joy to watch on-screen. But her latest movie, The Good Liar didn’t get good reviews. Then, when a friend of a friend also said it wasn’t all that great, I declined a girls’ outing to see it, only to find out later that my gal pals loved it. So yesterday, me and my best guy went to the movies to see The Good Liar and my friends were right. We really enjoyed it.

The storyline has several elements people our age can relate to. It begins with Helen Mirren’s character Betty setting up an on-line computer date with Roy played by veteran British actor Ian McKellen, a gentleman of a certain age with similar qualms about the online dating scene. She represents everything an older gentleman could want in a mature lady. She’s attractive, smart, financially secure, and as a bonus, she’s warm and kind.

Roy manages to worm his way into her heart with his charming banter and easy demeanor, so she invites him to come and live with her in her efficient bungalow. She envisions a companionable, platonic relationship based on common interests and mutual respect. But Roy is a fox in sheep’s clothing.

Fortunately, Betty’s grandson, Daniel, played by Russell Tovey, is active in her life, keeping an eye on her and ensuring she’s safe and cared for. The very scenario that seniors are warned against soon enters their relationship. Roy suggests they combine their financial assets and after consideration, she turns her finances over to his investment manager, Vincent (played by Jim Carter who was Mr. Carson of Downton Abby fame), who recommends investments that guarantee higher-than-average returns. We’re always warned that something that sounds too good to be true should be avoided. But, despite her grandson’s misgivings, Betty trusts Roy. 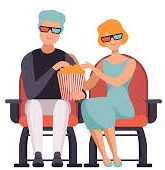 The movie includes wonderful street scenes in London and Berlin where Betty and Roy take a vacation. Grandson Daniel has an interest in German history, particularly with regard to the Second World War and he’s able to provide valuable background information about what they see when they visit Berlin.

The Good Liar is a delicious mind game with a twist that will surprise viewers. I was preparing myself for a Dirty Rotten Scoundrels (with Michael Caine and Steve Martin) outcome, but they surprised me. It was nearly two hours of great fun and it just goes to show you have to ignore what the critics say. The critics also raved about Dunkirk and Midway, both movies which I found really disappointing. I’d rate this one 8 out 10. I think you’ll find it offers a nice holiday outing.

Glad you enjoyed it after all. Critics are just that critics!

Thanks for the tip … Will have to see this.. Just saw Bombshell. 👍