Today I officially acknowledged that I will never again in this lifetime have a waistline. Menopause is irreversible and I have decided to part with 34 beautiful leather belts worth more dollars than I care to contemplate, that will never fit this old boomer body again. I rounded them all up for consignment (the better ones) and the charity bin. I did keep half a dozen on the offchance I’ll get a parasite or the plague and manage to get skinny again. Over the years I’ve collected every width and style of belt ever invented. I’ve kept them all in case they ever came back in fashion, or, miraculously my waistline returns. It’s time I faced facts. And you know the saying . . . “If you’ve worn it once, it won’t work again.” The clothing manufacturers always manage to tweak reincarnations of various fashions so that our old pieces never quite work. And that includes belts.

We hang on to old things for various reasons. This morning during my belt purge I came across a sturdy 4-inch long kilt pin that my mother wore in her wool skirts when she was a teenager. She later used that same huge safety pin to secure me and then my brother under the blankets in our crib when we were babies, to keep us covered and warm. Imagine getting that one past Child Services and safety vigilantes today. That old pin is definitely a keeper though and now that I’ve found it I can see it being put to use on one of my many shawls. It could still help keep me tucked in and warm.

My dad mentioned the other day that he still has the Waterman fountain pen he bought himself when he started high school in Cobourg, Ontario in 1939. When he shared this discovery with one of the ladies at the seniors’ residence where he now lives, the next day she produced an old bottle of ink, still in its original box to go with his pen. He’s understandably reluctant to try filling the pen as the internal reservoir has probably deteriorated beyond use and he’d end up with a big mess . . . which we used to use blotters for. Remember those? Please tell me you don’t still have some.

We recently celebrated an Oktoberfest dinner with our friends Mike and Gail. Mike’s mother was born in Germany and they inherited a wonderful collection of original beer steins from the old country which we put to use sipping (??) wine at our dinner. It’s hard to part with our heritage, especially when it can be upcycled to today’s lifestyle. Another friend with a German mother didn’t have the same attachment to her collection of Hummel figurines and I completely understand. I also have my mother’s original roller skates made in 1930 with the leather strap, cast iron wheels, and the original key on a dirty string worn around my neck.

In an earlier post (Click here to read: Did you ever get rid of something and later regret it?). I expressed some regret about getting rid of certain items over the years. It’s difficult to know what to keep and what to let go of. Will I regret getting rid of those belts? I hope not and perhaps some pre-menopausal young woman will enjoy them as much as I did once upon a time. B’bye belts. Hello spandex.

The other day I watched a young woman trying on jeans in a department store. She had the cutest little bum and before I could stop myself I said aloud, “Ahhh. I remember when I used to look like that!” She laughed and replied that her parents and in-laws were pressuring her to have a baby so she knew her cute bum days were limited. That’s nothing, though, compared with what menopause does to a woman’s body. Ugh! When I was young, I never honestly thought my body would lose its waistline as I aged. We all thought those tight tummies and firm upper arms would last forever. Like those lovely leather belts, I miss my waistline but as they say, focus on your assets. We’re alive; we’re healthy and we’re surrounded by loving friends and family. That’s plenty for me. With or without a waistline. Belted or unbelted. 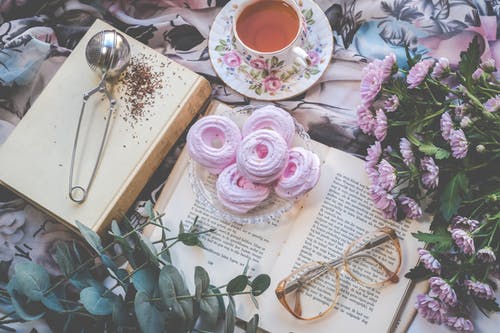 Another timely humorous walk down the lane of line. You are a star Lynda, one which I am happy to know.

I feel your pain and God bless spandex💗 I have kept a sweatshirt that I wore the day my grandson was born…. Just has too much sentimental value to me.

It’ll come in handy when your great-grandchild is born.

My belts are all long gone. I loved them with tight jeans and boots, tucked in shirt, the whole “look”. Sadly babies, menopause and probably wine have changed that look forever. Oh well, love your body as they say!

So true Deb. We’re as good now as it’s ever going to get.

Bonfire of the Vanities. As we age I think our priorities become less on our vanity and how we look but as you so rightly say, our health, family and precious friends. At our old(er) and wise stage, these are our life lines. So burn, burn, burn!

Not to say we don’t care – we do. But we still have a lot to be grateful for. Thanks, Perry.