This is really embarrassing to admit but the other day my honey and I had an actual disagreement about the intelligence of our dog, a 3Â½ pound 7-year-old female Yorkie called Sassy. I truly dislike the name she came with but she’d been named when we got her. She’d been returned by her previous owners who found her energy level unsuitable. I like a name that denotes gender and one that’s easy to yell so I wanted ‘Stella’ (think Streetcar Named Desire). He couldn’t come up with anything better that we both liked, so ‘Sassy’ stuck. I liked my last dog’s name, “Gracie”. It was always fun to sign Christmas cards, “Lynda, George & Gracie” (you have to be a certain age to appreciate that).

She was a dismal failure at puppy school. She’s never been motivated by food or treats (the primary training tool) so when all the other puppies were joyfully dancing and bowing to their masters’ commands, my dog preferred to simply sit there looking cute. Intractable. An embarrassment. There was another Yorkie in puppy school who could do everything but her owner’s income taxes, so my dog’s failings weren’t breed specific.

The other day she walked within five feet of a field mouse on the street and didn’t even see itâ€”completely disregarding the noble, heritage of her Yorkshire Terrier working ancestors who were bred to catch rats in the coal mines in Yorkshire, England. That’s what initiated our conversation about her dubious doggie I.Q. She can fetch a ball but refuses to “give it up”, preferring to shoot it under the couch or coffee table instead. That requires creaky old me or my creaky old husband to get down on all fours and retrieve the ball with a yardstick. I’m not sure that’s what they meant when they said dogs ensure we get our exercise. She can “Sit” but only for three seconds when offered a treat. Then, she ignores the treat and walks away (see what I mean about not being easy to train with treats). Sometimes she carries the treat around for a few days. Or it might turn up a week later in my husband’s shoe or in our bed. She loves stuffing treats down between the sofa cushions so we have to go mining for them (is that the coal mine genes at work?). I can put food down for her at any time during the day and it’ll sit there for hours before she decides to partake. 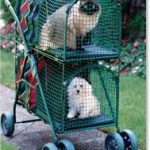 Being a pet parent is a responsibility not unlike the more serious kind. Pets require food, in some cases expensive special food with special price tags only available from the vet. After seeing a horrifying documentary about the pet food industry called “Pet Fooled”, purchased and shown by a member of our local dog park, I’ve given up on commercial dog food (with the exception of some dental crunchies, from the vet of course) and cook my own with meat and vegetables. Some of us spring for doggie daycare and regular boarding which can run into hundreds of dollars before the week goes by. And those vet bills can be heart-stopping. But boomer pet parents take it all in stride. They’re our fur babies. We love them with stupid devotion that I only wish all animals could receive.

If you’ve ever been to Florida you’ll regularly see seniors pushing their pets around in specially designed pink and purple pet strollers that allow them into restaurants and malls. You can’t leave a pet in a hot car and those strollers make sense. I’ve also seen older, ailing pets enjoying a blissful walk in the Florida sunshine pushed along in their luxurious strollers by their equally ailing senior pet parents.

Non-pet owners love to poke fun at those of us who dress our dogs up. Especially when you have a petite little one, it’s so much fun to dress them up in seasonal attire. In nearly forty years of owning little dogs, I have accumulated a pet wardrobe that includes a Roots baseball jacket, duffel coats, a golf shirt, faux Chanel-styled hoodie, Valentine’s and Christmas outfits, a Halloween pumpkin, a lady bug and a particularly cute muscle shirt imprinted “Security”.Â  Even larger dogs who spend a lot of time indoors need supplementary winter coats. Raincoats make sense in keeping pets dry. There’s nothing more unloveable than a smelly wet dog when you return from a walk. And the boots prevent painful burns on the pads of their feet from winter salt on the sidewalks. They also prevent pets from licking the salt from their feet and incurring digestive problems, which of course could bring on more of those expensive vet bills.

Then, there’s the cost of grooming. I’m quite capable of doing a half-assed job of grooming myself but it’s never as thorough and lovely as what the professionals do. I hate having to pay $70.00 to get a 3.5 lb. dog groomed but I have to admit those groomers earn their money. It takes a long time to bath and blow-dry, followed by trimming, ear and other orifice cleaning, nail clipping and fine-tuning. I once took a one-day grooming seminar with a friend which gave me an even greater appreciation for the work performed by the pros. So, I give her a bath and mini-grooming every couple of weeks. When Sassy’s too embarrassed by her appearance to go out in public, then we take her in for a spa day.

Boomers love their pets. Most of us grew up with at least one dog or cat in the family. Back then, however, our un-neutered or un-spayed dog probably slept outside in a doghouse and the cat roamed free and vulnerable to every danger lurking in the neighbourhood. We were emotionally imprinted at a young age by such canine heroes as Lassie, Rin Tin Tin, The Shaggy Dog and who can forget Old Yeller. Now that we’re retired and don’t have to worry about leaving a pet home alone all day, we’ve once again become enthusiastic pet parentsâ€”but with a difference. Now we’re over-the-top devoted to our little ones and we don’t care what other people think about our pet-fancying ways. On the plus side, other boomer parents understand because they probably have a fur baby too. We’re all kinda crazy about our pets.

There’s a reason pet therapy is so widely encouraged in seniors’ residences and nursing homes. The health benefits are scientific and well-documented. Having a pet lowers our blood pressure, gets us outside for a bit of walking exercise and bending exercise fetching balls from under the sofa or coffee table. Pets give us something to think about besides ourselves and the lovin’ just never ends. They do make it tricky when we travel and the pain of losing a pet is colossal and overwhelming but the benefits far outweigh the disadvantages. My friend Terry once gave me a coaster the says “A house is not a home without a dog”. So true.

Several years ago, when Murphy, my 15-year-old Maltese passed away, I thought I’d take a break from doggie parenthood but the house felt like a tomb. No one waiting for me when I got home, jumping around wanting to go for a walk; no one to snuggle with when I needed some lovin’. I lasted a month, then I went and adopted Gracie, making my life complete again. When Gracie was nearing the end we adopted Sassy and there was a year’s overlap. I must say having the replacement pet already in placeÂ  helped ease the pain of losing Gracie, even though the replacement isn’t nearly as obedient, quiet or well-behaved as Gracie was.

Which is how we got into the discussion about whether Sassy is a bit dim or just smarter than we give her credit for. To her credit, she is a brilliant at making herself invisible when I turn on the taps in the laundry tub in readiness for her bath. She can disappear into the teeniest little remote corner of the house which sends us on an endless searchâ€”again, more exercise for us up and down stairs. When I tell her I need a hug, she dutifully walks over and positions her body so I can pick her up. Like typical helicopter pet parents, we’re stupidly overjoyed when she successfully uses her overnight pee pad in the laundry room. We think it’s nothing short of genius. 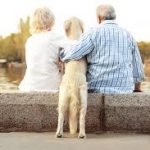 I’d always wanted a Yorkie. After three Maltese in succession, I figured I had time for one more dog before I go to the ‘home’ and I wanted that dog to be a Yorkie. A Morkie (Maltese-Yorkie cross) would have been even better but when we saw the ad in the paper for a Yorkie who had been returned by her previous owners, we did the deed the same day. But, as time goes on and I do the math, I figure Sassy may not have to be my last dog after all. There are so many senior dogs in shelters who need a home. I’ll be in my 80’s when Sassy reaches the end of the line but an older dog would absolutely fit the bill if I can still manage it. After all, a house is not a home without a dog, even one whose level of intelligence is a secret. Or are we just overthinking it like all helicopter parents. 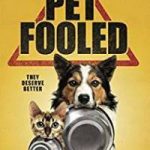 To view the documentary PET FOOLED 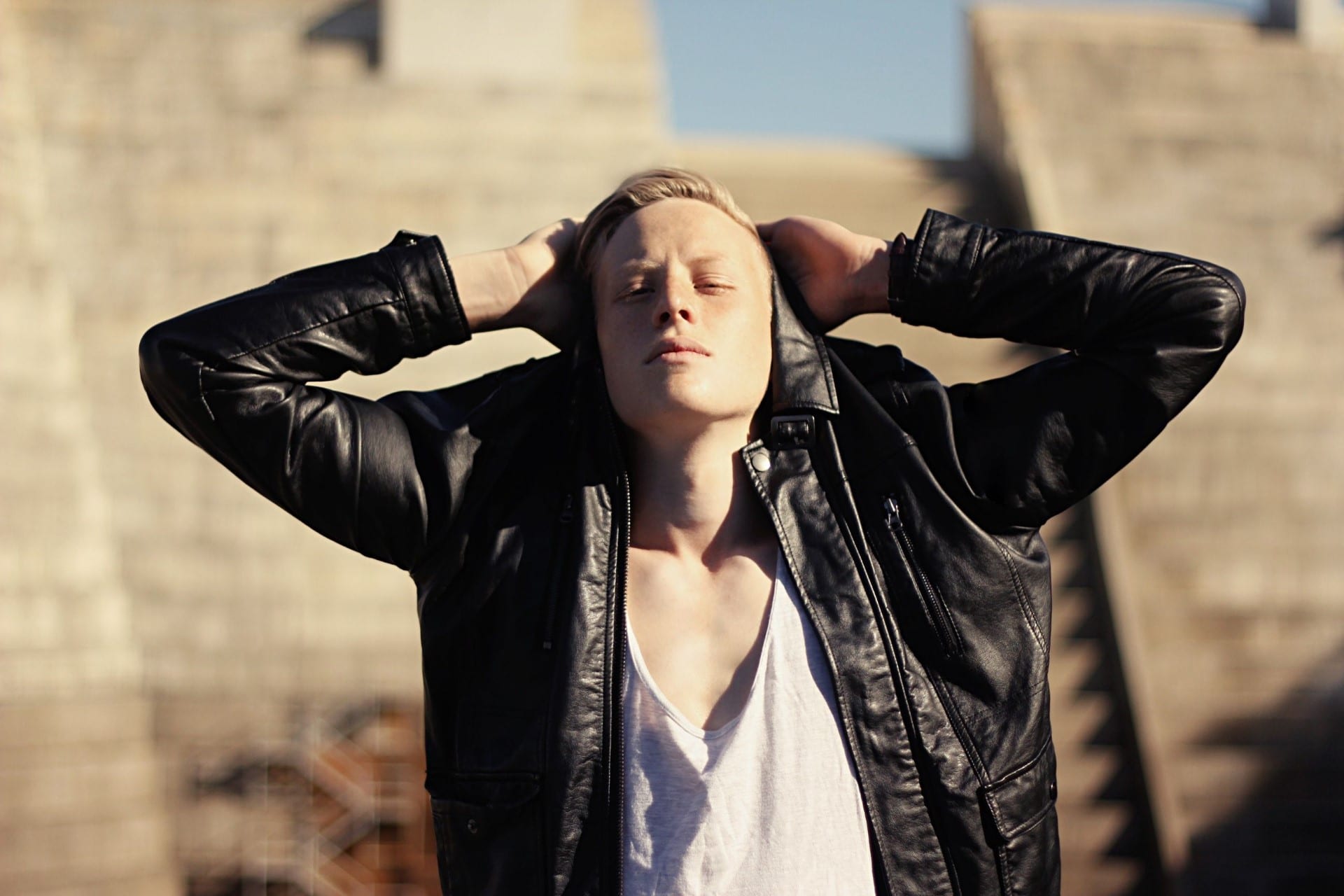 Thanks. Appreciate your feedback.