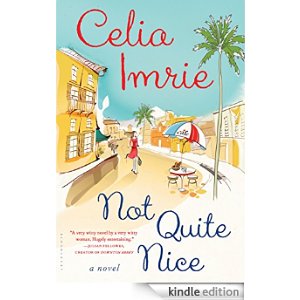 Celia Imrie, the British actress who played Madge in the two Marigold Hotel movies, as well as acting in many other television shows, plays and movies including Calendar Girls, has written a book. I didn’t realize she was also an author until I caught her guesting on BBC Canada’s The Graham Norton Show the other night. When she described the book as being about women of a certain age (Boomers) relocating to Nice, France to escape their ungrateful offspring and the dreariness of London, it sounded like something right up my alley.

Not Quite Nice is a delightful readâ€”targeted at our age group, not quite a mystery but more than a travelogue. Think of it as a more eccentric, spiced-up My Life in Provence. For anyone who is fortunate enough to have ever been to the south of France, you’ll love the descriptions of Old Town in Nice, the narrow, ancient streets, the brasseries, harbours and turquoise Mediterranean views. When Theresa Simmons loses her job in a solicitor’s office in London, she decides a complete change of scenery is in order. Her ex-husband had left her for their children’s nanny several years earlier, her daughter is an ungrateful bitch and she dislikes her obnoxious grandchildren, whom she babysits in her spare time. In order to make ends meet in her new location, Theresa starts a cooking club to earn a few extra Euros. Not only does she immediately become part of the British expat community in the small coastal village of Belle-sur-Mer but she unwittingly becomes part of their Keystone cops shenanigans. And a few of her simple recipes are thrown in for good measure.

The book wasn’t available to download from my library, perhaps because it’s still relatively new, but I was fortunate to find it on Amazon.ca for only $6.76 for downloading to my Kindle. It was well worth the investment. In the meantime, three new books I’d been waiting-listed for at the library became available all the same time, so I’m going to be busy. One of them is Donna Tartt’s The Secret History (she wrote The Goldfinch) which is five hundred and seventy-six pages so that should keep me busy. Another is Martin John, a current best seller that I’m dying to dig into. I’ll let you know how it goes. 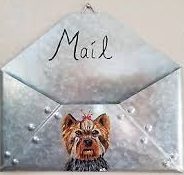