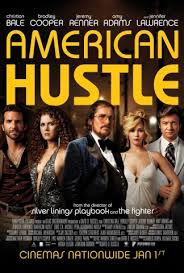 In earlier posts I’ve passed along various bits of wisdom gained during forty years in the corporate world. Some of that wisdom resonated with the recent revelation that Jennifer Lawrence’s male co-stars had been paid considerably more than she was for her role in American Hustle. Meryl Streep has also been a strong vocal advocate of equal pay in the entertainment business. Here’s an excerpt from Jennifer Lawrence’s response when she found out she was the victim of gender discrimination in salary:

Why Do I Make Less Than My Male Coâ€‘Stars? 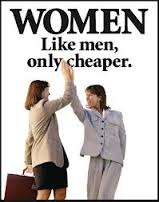 “When the Sony hack happened and I found out how much less I was being paid than the lucky people with dicks, I didnâ€™t get mad at Sony. I got mad at myself. I failed as a negotiator because I gave up early.

But if Iâ€™m honest with myself, I would be lying if I didnâ€™t say there was an element of wanting to be liked that influenced my decision to close the deal without a real fight. I didnâ€™t want to seem â€œdifficultâ€ or â€œspoiled.â€ At the time, that seemed like a fine idea, until I saw the payroll on the Internet and realized every man I was working with definitely didnâ€™t worry about being â€œdifficultâ€ or â€œspoiled.â€ This could be a young-person thing. It could be a personality thing. Iâ€™m sure itâ€™s both. But this is an element of my personality that Iâ€™ve been working against for years, and based on the statistics, I donâ€™t think Iâ€™m the only woman with this issue. Are we socially conditioned to behave this way? Weâ€™ve only been able to vote for what, 90 years? . . . Could there still be a lingering habit of trying to express our opinions in a certain way that doesnâ€™t â€œoffendâ€ or â€œscareâ€ men?

A few weeks ago at work, I spoke my mind and gave my opinion in a clear and no-bullshit way; no aggression, just blunt. The man I was working with (actually, he was working for me) said, â€œWhoa! Weâ€™re all on the same team here!â€ As if I was yelling at him. I was so shocked because nothing that I said was personal, offensive, or, to be honest, wrong. All I hear and see all day are men speaking their opinions, and I give mine in the same exact manner, and you would have thought I had said something offensive.

Iâ€™m over trying to find the â€œadorableâ€ way to state my opinion and still be likable! Fuck that. I donâ€™t think Iâ€™ve ever worked for a man in charge who spent time contemplating what angle he should use to have his voice heard. Itâ€™s just heard. Jeremy Renner, Christian Bale, and Bradley Cooper all fought and succeeded in negotiating powerful deals for themselves. If anything, Iâ€™m sure they were commended for being fierce and tactical, while I was busy worrying about coming across as a brat and not getting my fair share. Again, this might have NOTHING to do with my vagina, but I wasnâ€™t completely wrong when another leaked Sony email revealed a producer referring to a fellow lead actress in a negotiation as a â€œspoiled brat.â€ For some reason, I just canâ€™t picture someone saying that about a man.”

If I were to offer only one overriding piece of advice to working women, it would strongly and unhesitatingly be take care of yourself first. Female baby boomers were raised to be agreeable, compliant and conciliatory good girls. Don’t rock the boat. The depth and persistence of this skewed thinking was made shockingly clear last year when Microsoft’s C.E.O. Satya Nadella casually commented that women would receive their rewards and recognition by being patient and waiting politely for promotions. His comments were disgraceful and shockingly revealing. Women could hardly believe a senior business executive could be so stupid and naÃ¯ve. My own take on the issue was posted on October 15, 2014 (Microsoft’s C.E.O. should know better). 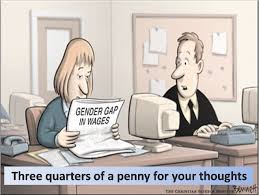 When I reflect on my own career, the biggest lesson I wish I’d practised myself relates to self-promotion. Men are masters at this fundamental business skill. Somehow it seems to come naturally to them, while women are more reticent. Get over it. It’s important to recognize when you’re worth more than you’re getting, in terms of salary, recognition and support. Do your research. Compare similar positions in your line of work. Review your contribution to the corporate bottom line, the corporate culture and to the overall success of the company you work for. If a salary increase or new title is justified, then present your case, but be sure to do your homework first.

During forty years in the business world, I only asked for a raise once, about mid-way through, and I was very successful. Unfortunately, I should have kept up the vigilance.Â  In the course of my own career of working late nights, including some all-nighters, I ignored the fact that business friends doing similar work were making twice my salary, I quietly soldiered on rather than insisting on commensurate compensation and resource support. Don’t make the same mistake or you might as well be working for Satya Nadella.

It’s hard to believe that this issue is still unresolved fifty years after I started working. Some progress has been made but there’s still so much more to do. It’s easy for today’s young women to casually dismiss the idea of feminism because they have been spared much of the discrimination Baby Boomer women had to work through on their behalf. But there’s still plenty to do. And part of the reason for this is because many of us Boomers didn’t step up to the plate and insist on our just rewards. Conditioned by decades of status quo and societal standards, we hunkered down, worked harder and kept our mouths shut.

So, talk to your daughters, granddaughters and other young women and remind them to not make the same mistake Jennifer Lawrence and I made.Â  I still feel bitter and beat up on myself for not being more assertive. You are the only boss of you. Do as I say, not as I did. Fight your own hunger game. You deserve equality and you’ll be glad you put your ovaries on the line. There are vast rewards waiting at the end of that line, both professional and personal. And they’re not just for dicks. 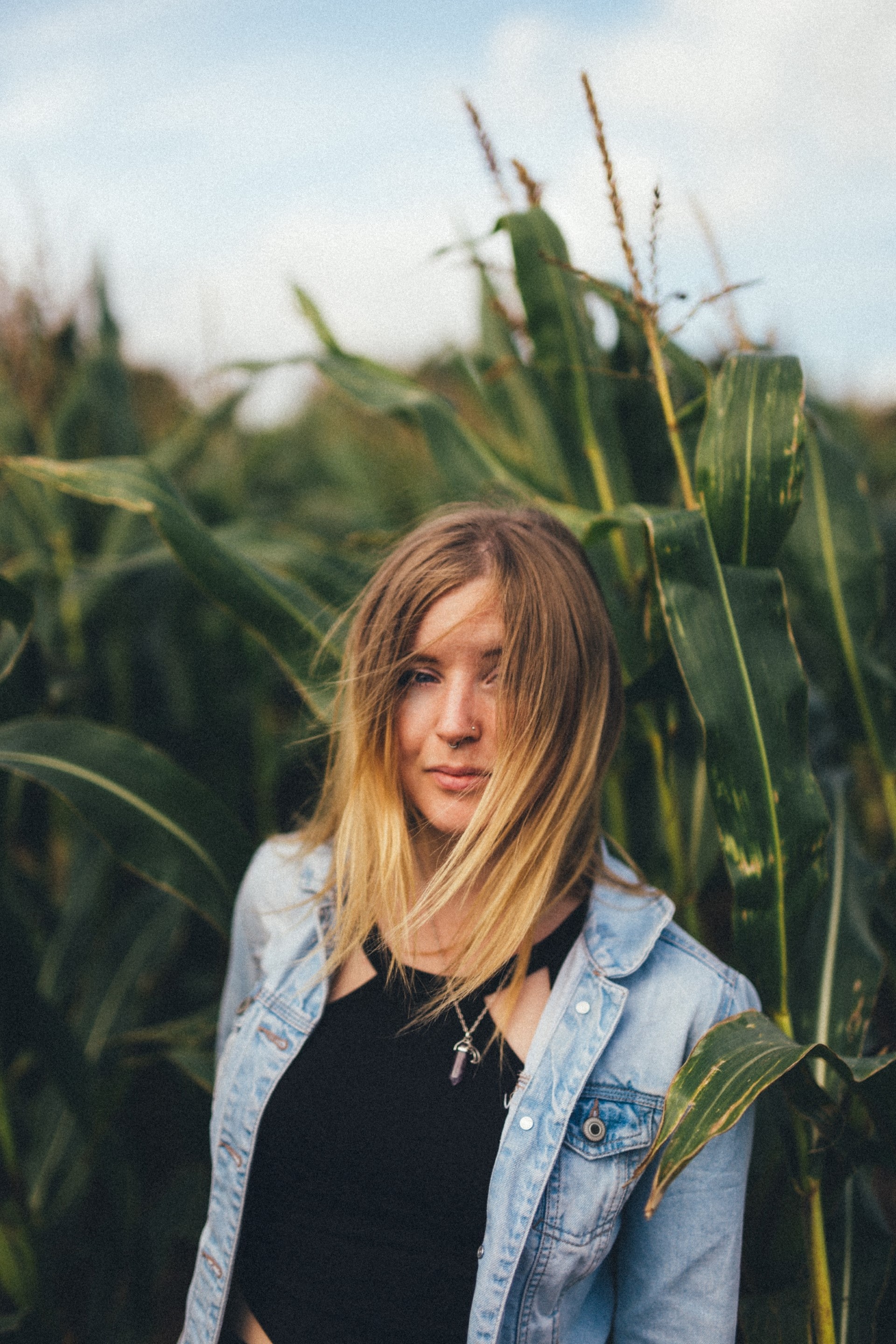 Great article! Not a great movie but have you seen The Intern. It is exactly that – about women in the workforce and how we are held back somehow by our families, our husbands, and society.

Thanks so much for your feedback, Lola. Yes, I did see The Intern and here’s my take on it:http://boomerbroadcast.net/2015/10/08/boomers-will-relate-to-the-intern/ Great to hear from you- and I’m still trying to talk my husband into a trip to Russia but he’s morally opposed to spending tourist dollars in Putin territory. Â Lynda Davis Follow my blog at: http://www.boomerbroadcast.net Social commentary on life from a Boomer Broad’s perspective e-mail: lyndadavis1@yahoo.ca For further insights into the Boomer perspective on business, fashion, mind and body, order my new book, BOOMERBROADcast. It makes a great hostess, birthday or Christmas gift. Click on this link: http://www.lulu.comÂ  orÂ http://www.amazon.com