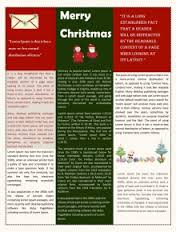 December means it’s time to brace yourself for those ubiquitous Christmas newsletters that make the rest of us feel like losers. You know what I mean.

“Dear Friends: 2014 has been a crazy-busy year but we’re still here to count our blessings. As you know Rob has been researching cures for cancer and we’re expecting a major breakthrough any day now. The grandchildren are all doing well and we’re so proud of them. Little Logan came top of his grade three class and blew everyone away with his theories on cold fusion and nuclear physics. Sarah won the “Best Girl” award in her middle school for scoring perfect marks in calculus, biogenetic engineering and early nineteenth century Russian literature. Coming first in track and field, long distance swimming, gymnastics and wrestling helped seal the deal. She’s a go-er just like her brilliant, handsome Dad. Both kids are great little savers too, salting away the money they earned modelling for The Gap, Joe Fresh and Abercrombie and Fitch into RRSPs and RESPs. 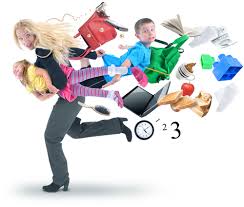 I’ve been busy with my new job as a social worker in inner-city neighbourhoods putting in 120-hour weeks but Rob picks up the slack. When he’s not curing cancer he cooks gourmet organic dinners for us between stints of neighbourhood watch and meals-on-wheels. We managed to squeeze in a much-needed vacation in June when we travelled around the world building schools in third-world countries and feeding the hungry. During down-times I raised $4.5 million by baking individually decorated cupcakes for critical research into attention deficit disorder. blah blah blah. . .”

Whew! After that, I’m sure our friends will be fascinated to know that I got my oil changed in April, George had a colonoscopy this summer and we painted the front hall. We also set aside some time to discuss where we want to be buried but that proved too much of a challenge so we gave up. Our social schedule was jam-packed with George watching NFL re-runs while I caught up on my episodes of Downtown Abbey and Boardwalk Empire. Oh, and we finally managed to get rid of the ants at the back door.

All joking aside, we do enjoy hearing what’s been going on in the lives of those we don’t see as often as we’d like. And despite all the excitement of power-washing our deck in June and visiting the dentist in September, we can report that our family is healthy and living happily ever after. What more could we ask for! We are indeed blessed.

For even more excellent advice on how Iâ€™m trying to make the world a better place through business, fashion, mind and body, order my new book, BOOMERBROADcast. It makes a great hostess, birthday or Christmas gift. Click on this link: Â  http://www.amazon.com

Those letters always make me feel like a dud. I’ve often wondered if they were completely truthful. Then again, maybe I’m just geared for a slower, simpler life. Good post!