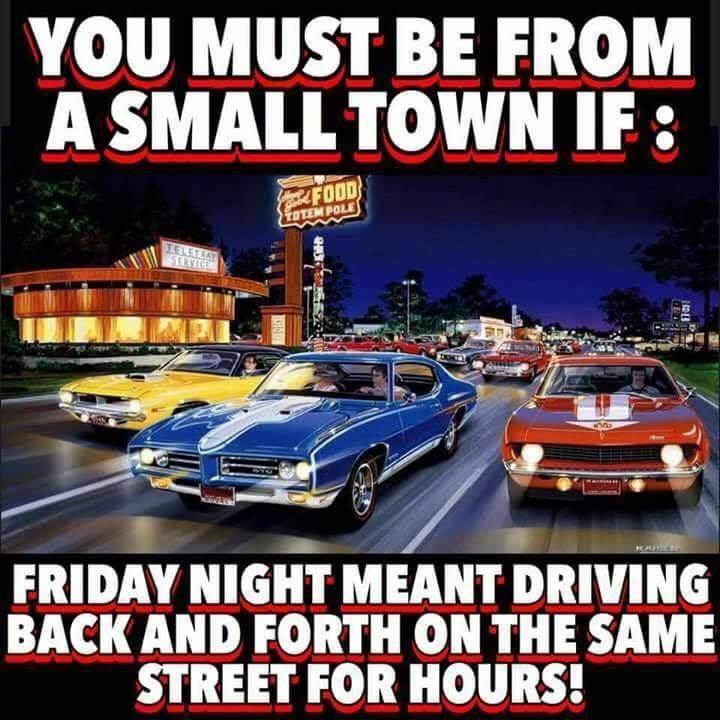 A segment on Cityline TV the other day got me reminiscing about simple things we once enjoyed that no longer exist. Host Tracy Moore missed the old Bi-Way stores for one-stop cheap shopping. Others missed the lunch counters at the original Kresge’s, Zellers, or Woolworth stores.

When I worked for Ma Bell in the sixties, there was a Woolworth’s store on the southeast corner of Bay and Adelaide in Toronto that sold German chocolate cake that I would kill for today. The dark cake was layered and topped with the most incredible icing loaded with chopped walnuts and coconut with buckets of brown sugar and real butter. Just thinking about it makes my mouth water. Back then, I only bought it as a special treat because, at forty cents a slice, it was a bit pricey. I could buy an entire lunch for fifty cents in the company cafeteria but I usually brown-bagged it to save money.

Growing up in a small town, we didn’t have access to the giant department stores like Eaton’s and Simpson’s but we did get their seasonal catalogues—Spring/Summer, Fall/Winter. What a joy it was when a new one arrived and we could linger over its glossy pages and plan our imaginary spring wardrobe or pick out what toys we wanted for Christmas. Those catalogues held our sugar-plum dreams. Our budgets and Santa weren’t as flush in the fifties and sixties as they are now so our browsing was generally restricted to just that—browsing only. If we were lucky, our mothers would order something special for us for Christmas. Roch Carrier’s famous Canadian story “The Hockey Sweater” perfectly captures the importance of those catalogues in the early lives of boomers.

When I left home and moved to Toronto in 1965 to start work, I was confronted with the real thing. Multi-floor, dazzling Eatons’ and Simpson’s stores anchored Yonge and Queen Streets in Toronto with equally dazzling and more affordable Woolworth’s, Zellers, and Kresge’s stores on facing corners. Absolute nirvana for a teenaged boomer who considered catalogue shopping the ultimate in high fashion. It took an entire day to ‘do’ each store. Both Simpson’s and Eaton’s department stores had entire floors dedicated to furniture, housewares, children’s wear, and fashion. They even had in-store pharmacies, picture-framing departments, stationery departments, and they carried fabrics and cabinets of sewing patterns for the creative fashionistas like myself and my friends who couldn’t always afford read-made.

Who remembers the gorgeous, decorated rooms of furniture set up at the carriage-trade Eaton’s College Street store location? Their beautiful rooms featured pickled pine wall panelling, fireplaces, chandeliers, drapes, luxurious carpets, and every home accessory the discriminating buyer could dream of. I’d never before seen such decorating luxury. Their Christmas windows and interior displays were must-see destinations for thousands of families every year, followed by a sit on Santa’s knee at their magical North Pole on the toy floor. Eaton’s and Simpson’s delivery trucks were a daily sight dropping parcels at homes around the city. The department stores offered one-stop shopping, with one exception at Eaton’s. Timothy Eaton decreed that none of his stores would carry tobacco as he was morally opposed to smoking and drinking. I remember that from working at Eaton’s College Street for a year in their cosmetics department.

Life was simpler in so many ways back then. We weren’t slaves to our cellphones and email. In those pre-voicemail days, we would get a busy signal when we called someone who was already talking on the phone. So, we called back later. Most of us could only receive three television channels on our rooftop aerials which certainly simplified our decision-making when it came to what to watch. And, we had to agree on what we watched with only one television and one telephone per household. And that phone could very well have been a more economical party line shared with a couple of neighbours. Do party lines even exist anymore?

The corresponding upside to the lack of technology was we never had to sit on hold endlessly waiting our turn for someone in a call centre in another country who speaks English as a second language to take our call and solve a technical problem. If our television didn’t work, it was because a storm blew our aerial down and we called our local television repair shop to come out and fix it. The store owner’s wife answered the phone personally and booked our appointment. And, fallen aerials happened a lot less often than current internet or cable TV problems.

Technology has come at a price. Ironically, all the new gadgets and time-savers have instead increased our workload and accompanying stress. We have more things to break down, malfunction or fail to perform as expected. That sets off a frustrating, time-consuming trip down the call centre rabbit hole often followed by costly replacements because it’s cheaper to replace an item than to fix it. More landfill. And the monthly bills to own and use all these technologies are as much as our old mortgage payments used to be.

Not all fifties food was crap

One thing I do miss these days is real milkshakes—made in a Hamilton Beach machine with a couple of scoops of rich ice cream, chocolate syrup, and ice-cold, full-fat fresh milk. Even better with real whipped cream and a maraschino cherry on top. None of that chemical-laden milk byproduct sludge excreted from machines today. I also miss Quaker Muffets on a winter morning.

There was even a time when we didn’t have to worry about calories and gaining weight when we consumed these treats. Brownies loaded with walnuts and made with real cocoa, maple walnut fudge, home-made raspberry pie with real whipped cream, lemon meringue pie with two inches of fluffy real meringue gently browned at the tips, and of course, German chocolate cake—all luxuries no longer part of daily life because sugar and calories are now anathema.

As a former Brownie and Girl Guide, another thing I truly miss is the original Girl Guide cookies—the ones in the blue box. They were classic sandwich cremes available only in chocolate and vanilla, probably loaded with killer trans fats and sugar, and definitely not made in nut-free facilities. No mint; no coconut; no trendy new flavours. The best ones were made by Christie’s and once during their annual April campaign in the 1970s before they switched suppliers to Dare Foods I ordered ten boxes from one of the guys in my office whose daughter was a Brownie. I figured that would last me the rest of the year—after all, they never went bad. When I ate them with a nice cup of tea I would alternate eating one vanilla, then one chocolate, and so on. The newer, fancier versions just never measured up.

Even though I’m retired, I recognize that work is no longer a nine-to-five proposition, even though I generally worked a fifty or sixty-hour week. Because of technology, everyone carries their jobs around in their pockets 24/7. The burdens for people who are still working are unrelenting. Growing up in a small town where everyone could walk to work was an unappreciated luxury for our parents’ generation. And, when you went home, you left your work behind. Before the current COVID lockdown and working from home became the norm, today’s families can only afford to buy a home miles away from their workplaces, necessitating two cars per family with commutes averaging an hour each way from the suburbs for both parents. After-school programs were unnecessary and unheard of when we were kids.

When boomers were growing up, we all came home for lunch and sat at the table together, then again at 5:30 for supper. Busy lifestyles today preclude eating as a family most days of the week, although the pandemic has now confined families to their homes and eating meals together once again.

Over the past year, we’ve been reminded of the old saying, “Be careful what you wish for?”. Many things from the past like Girl Guide Cookies and old-fashioned milkshakes are definitely worth revisiting, reviving or renewing, but much of what we deem “the good old days” really wasn’t that great. Cars are so much safer now. Crime rates are actually lower now than in decades past. We have miraculous new medicines and medical treatments that didn’t exist fifty years ago, and most importantly, our old boomer bodies and minds are better off than they ever were, a few aches and creaky joints notwithstanding. These are the good old days for Millennials. I wonder how their memories will hold up and will they be as treasured as ours? 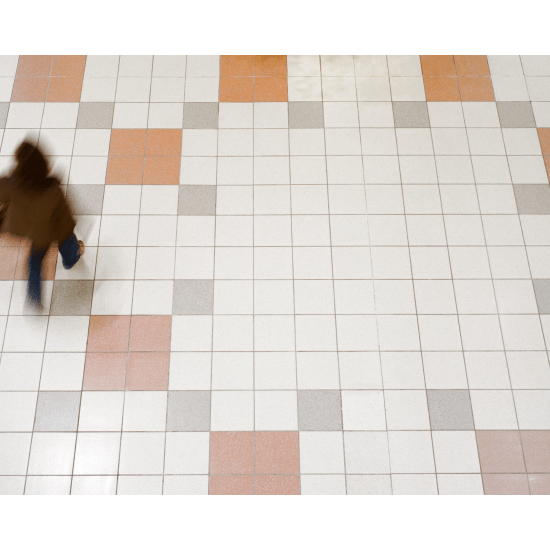 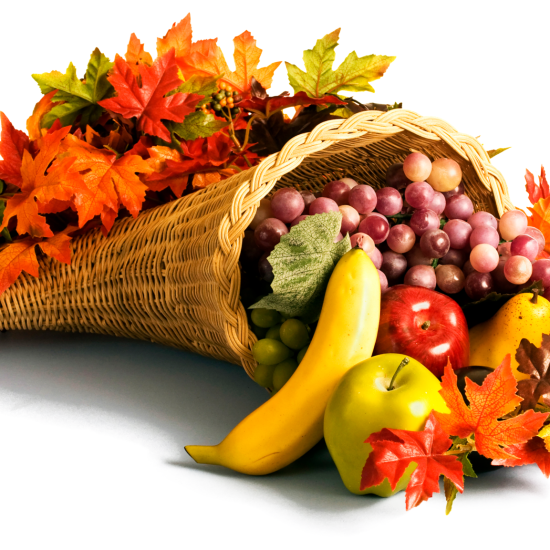