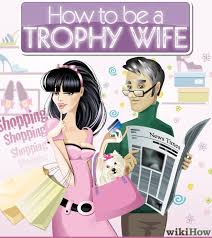 My descent into ordinariness started with my manicure, or lack of it. Lockdown has made me extremely lazy. It’s an insidious process. Not having to get dressed for public appearances several times a week has created an entire generation of women who are awakening to the joys of freedom from regular and expensive mani-pedi treatments; freedom from constricting waistbands, makeup, and freedom from bras, particularly underwires. Ouch! We no longer worry about wearing lipstick and blusher because we’re wearing masks everywhere for our infrequent excursions beyond the front porch. Who cares?

Men have always enjoyed the liberation of comfortable shoes and soft socks, going braless, not having to wear makeup, and not feeling embarrassed or self-conscious in any way about their Dad-bods. Women live under an entirely different and demanding set of standards. We’ve always accepted that it’s our lot in life that our feet will be crippled by uncomfortable shoes in the latest fashion (designed by men), with half our salary (which is 76% of men’s) going to stylish clothing and beauty treatments, and we have to keep toned and fit at expensive health clubs or suffer starvation and soul-destroying diet programs to remain in shape.

No more! We’re throwing off our shackles. For most of the past four months, I’ve worn no nail polish. My nails get trimmed, filed, and buffed to a natural bareness and shortness by moi. I can bake without having to worry about destroying my manicure when I scrub baking pans or pick bits of cookie dough out from under longer nails. (No—this trophy wife does not make sourdough.) With a bit of stretching, which is cheaper than a gym, I can actually get down there to cut my own toenails and apply one coat of a neutral polish to make my piggies somewhat presentable in sandals. No basecoat, followed by two coats of polish and a top coat applied by a professional once a month. Easy peasy.

Most of the time now I wear cotton knit athletic shorts I buy at Walmart in the U.S. for $6.96 a pair. I own about ten pairs in different colours, mostly forgiving black though. They have an elastic waist with a drawstring and they permit me to polish off half a container of Kawartha Dairy’s pralines n’ cream or maple walnut ice cream without feeling ‘the pinch’. Fitted tank tops under sleeveless blouses or tee shirts have replaced bras, and I honestly don’t know how I’ll ever adjust to wearing a bra again.

I survived going seven months without having my highlights touched up and six months without a haircut. I’m delighted that situation has now been rectified, but I saved a lot of time and money at the salon. Women formerly accustomed to weekly blowouts and monthly root touchups have saved even more. Boomer gals are now emerging with healthier, natural gray hair that doesn’t require expensive multi-tonal professional highlights every few weeks.

My collection of stylish leather handbags has been resting peacefully in their dust bags in the front hall closet while I throw an efficient Roots messenger cross-body bag over my shoulder when I make a no-more-than-necessary trip to the grocery store. My purses and I do miss each other though. I’ve been living in the same pair of comfortable sandals for several months now and no one seems to object or have even noticed. My extensive inventory of makeup and personal care products may soon be past their best-before date before they come out of seclusion. Once again, who cares?

This glamorous Housewife of Mississauga now spends most of her afternoons blissfully reading books and magazines in the comfort of my backyard LaZgirl under a shady gazebo with a cool drink by my side. That’s about the only throwback to my former life as a trophy wife. I’ve spread weekly laundry chores out over three days now, so I don’t over-exert myself by trying to do it all in one day. And I’ve convinced my husband that getting take-out is a fun and economical adventure, so cooking chores are minimized.

As I sit here in my stretchy shorts, braless and makeup-less, contemplating my comfortable good fortune, I’m aware that I’m not alone. The hosts of the women’s programs on television that I PVR for evening viewing are in accord. They’re loving the extra time with their children, even though they’re not crazy about the home-schooling thing. Women of all ages are now learning that slowing down and relaxing standards a bit can leave us feeling less frazzled and much happier. We do miss getting together with friends and dining out, but damn, on the whole, this slower lifestyle is quite lovely.

We absolutely do miss spending time with family and friends, but we’re slowly expanding our lockdown bubbles to include a few more people who are proven safe. There are obvious downsides but I think we’re right to focus on the positive aspects of these major lifestyle changes. I’m finally working on my next book—it’s called We’re Not Dead Yet, so stay tuned. I’ve learned how to use the UberEats app. I’ve saved a shitload of money by not hitting the mall for several months and I’m loving having time to myself without having to explain my lack of ambition. My friends are also indulging in hobbies, trying new recipes, and appreciating the simpler life as well.

I’ve heard no complaints from my honey that his trophy wife has obviously let her standards plummet. Has he even noticed? I’ve managed to sneak the emergence of the new me past him in increments and he’s still nice to me so I guess the slow transformation worked. He’s not trawling the dating sites yet. It’s made me reassess all the time and money invested over the years in maintaining a public presentation that now seems superficial and perhaps even unnecessary.

We have to view life as it unfolds in the future now as different from what we previously enjoyed. We’ll have the eternal conflict between what looks good and what feels good. Ideally, we would prefer both but I have a feeling comfort will reign. I’m also confident many women will in the future opt for a new perspective with obligation taking a back seat to ‘sparking joy’.

I’ll still cheer on his golf games, compliment his cooking, dress as well as I can for an old boomer, and laugh at his jokes but my duties as a trophy wife no longer end there. As we’ve both aged, we’re being called on more often to refresh each other’s memory, to pick up the slack if one of us isn’t feeling well and to help each other over those increasingly more frequent bumps on the road. Between the two of us and the art of interdependence, we’ll get through.

Will trophy wives become a thing of the past? Not likely but former trophy wives like me will be placing a higher value on our available time and how we choose to spend it. I vote for choice not chore. Three years ago I wrote about the demands of being arm candy  (It’s not easy being a trophy wife) and now I’m not. But, it’s a relative term, isn’t it? I’m also a happy wife and you know the saying: “Happy wife, happy life”. Who could ask for more? 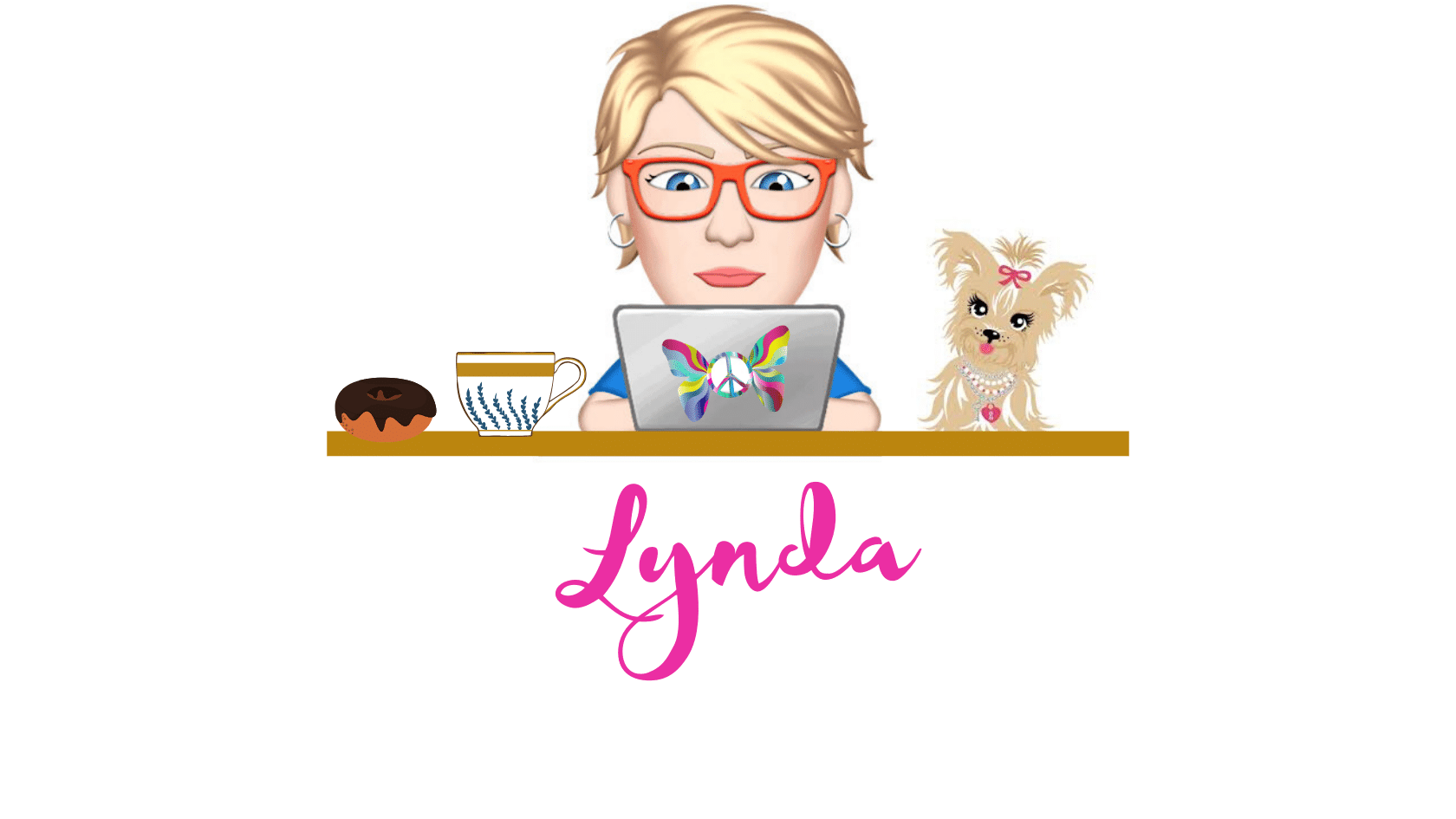 Lynda, although not a trophy wife, or a wife at all for that matter I am happy to say I too am enjoying the less stressful existence of no make up, comfy clothes and the realization that earrings, lipstick, mascara etc are now a luxury when I feel like it. A lot of times I don’t!

You were one and now you’re just a trophy!! Stay well, my friend.

Totally relate….. I’ve been living in yoga pants…. They are the best. We’ve put in our time and hours of fussing over nails, makeup and clothes. I’m with you girlfriend until I see a picture of myself these days and wonder who the old lady is in the picture and realize it’s me🤣

Scary, isn’t it. But we’re happy and that’s the main thing. Thanks, Gail.