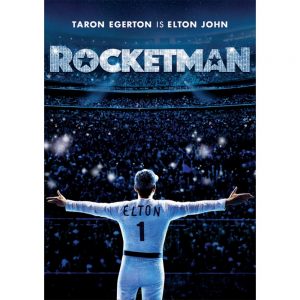 My girl gang went to the movies this week to see Rocketman, the biopic of Elton John, and we really got our money’s worth. Encouraged by how much we enjoyed Bohemian Rhapsody we expected a spectacle just as great. It was a bit of a surprise when, a few minutes into the movie, the child Reggie Dwight pulls off to the side and sings a song. So, be clear, the movie is a musical, not just a movie about a musician. Ordinarily, I’m not a fan of musicals (even though the music in both Mama Mia movies was great, I hated the first movie and didn’t even go see the second) so that coloured my viewpoint somewhat. I always find it offputting when a character drifts off into a solo at a critical point in the scene. Obviously, most of the world doesn’t agree with me based on the popularity of musicals, but that’s just me.

About a week ago, I was fortunate enough to see lead actor Taron Egerton who portrayed Elton John in the movie interviewed on The Graham Norton ShowÂ (a favourite BBC talk show). Learning a bit more about the behind-the-scenes activities and the actor himself cast a deeper meaning on the entire experience. Egerton is drop-dead sexy, a great actor and to be commended for doing his own singing in the movie.

The storyline recognized the valuable contribution made by song-writer Bernie Taupin in the overall success of Elton John.Â  Giles Martin, look-alike son of the famous George Martin who produced much of The Beatles music, was the music producer and his skill and sensitivity to the subject matter are evident throughout the movie. A fair bit of time in the movie is devoted to his troubled boyhood with a detached mother and an uncaring father who eventually left the family. His grandmother was supportive and encouraged his musical talents. He admits right at the beginning of the movie in a group therapy session that he has addiction issues with drugs, alcohol, anger, sex and shopping. The movie’s approach to his reformation is rather well done and stops there, long before (Canada’s own) David Furnish came into his life.

There’s been a fair bit of pre-release chatter about the movie already and boomers grew up with Elton John right from the beginning, so it came as no surprise that his drug-use, drinking, partying and promiscuity were a major part of the early half of his career. The story is handled really well and some of the scenes were stunning in their drama and extravagance. At times, I found the English accents a wee bit hard to follow but that’s not uncommon in British productions. Rocketman was great delicious fun and not only because of the warm theatre popcorn. Taron Egerton was amazing. Me and my gal pals really enjoyed it and we’re sure you will too. And since there aren’t many movies produced that appeal to our age group, don’t miss it. 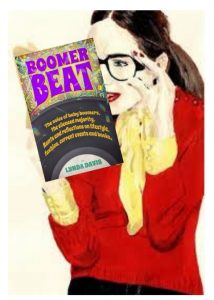 Bravo my dear. I have missed following your blog for reasons I don’t even know……just busy doing “things”. Anyhow I look forward to seeing this movie perhaps with “my Ottawa girls” xxoo

Totally agree with the assessment of Rocketman. Although a different format to Bohemian Rhapsody i loved it all the same!