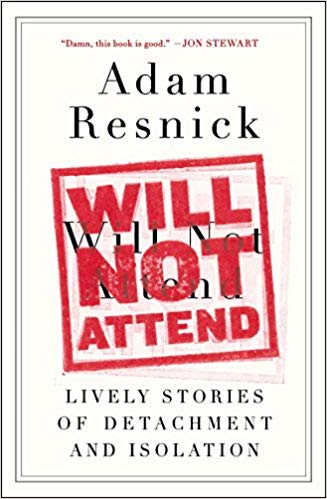 I’ve just finished reading Adam Resnick’s autobiographical Will Not Attend, Lively Stories of Detachment and Isolation. Resnick, who dislikes socializing (hence the title) and considers himself a misfit sounds like a downer but it’s laugh-out-loud funny. His writing reminded me of David Sedaris. The author’s self-deprecating humour and gift for understatement leaves the reader sympathetic and understanding of his struggles in life, while at the same time rooting for him throughout his misadventures.

Children from large families often have correspondingly large personalities. Perhaps it’s the result of competing for parental attention or simply from competing to be seen and heard at all. Adam Resnick is the fourth son in a non-practising Jewish family of six boys. Life for him while growing up was a constant battle to survive the bullying, subterfuge, thieving and general anarchy that characterized his family of six boys. Their mother Joyce was loving, often oblivious to the conflicts and at times completely overwhelmed. Merv, their father, was a strong patriarch, prone to voicing his strong, politically incorrect opinions and displaying a quick temper. How could life be anything but interesting and colourful in such a family.

Reading about Resnick’s struggles to maintain a place in the family’s hierarchy while accommodating his personal neuroses and peculiarities makes for hilarious reading. Whether trying to catch the attention a favourite little girlfriend, plotting to lose his virginity or describing the odd assortment of people who pass through his life, Resnick is brilliant. A former writer for SNL, Late Night With David Letterman and a variety of television series and sitcoms, he’s deserving of a rating of 9 out of 10. If you’re looking for something to make you laugh out loud, read this book. I loved it.

To order Will Not Attend by Adam Resnick from Amazon, click here. 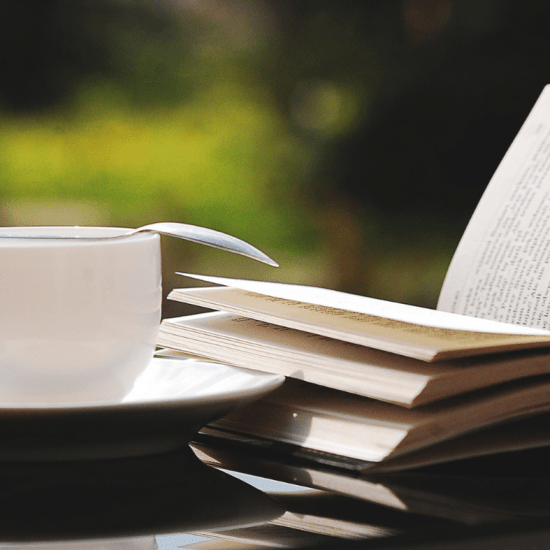