The media has been very unkind to General Motors recently, and rightfully so. They marked the American holiday of Thanksgiving by closing plants and laying off thousands of workers. While I sympathize with those negatively affected, I’m also pragmatic. I’ve been downsized; my husband’s been downsized; nearly everyone I know, at some point has been the victim of reorganization, restructuring or whatever euphemism you wish to employ. Jobs-for-life and careers with one company are a thing of the past, gone the way of company pensions, rotary phones and carbon paper. We should not be surprised.

What does strike me, however, is the pattern of arrogance in major corporations that results in these drastic measures. Something has been ignored and it’s called (sit down; this is a biggie) “Listen to your customers”. Large corporations like General Motors and so many others like them have long regarded themselves as invincible, even omnipotent. Sears, American Motors and Blackberry are prime examples of big business paying the price for not paying attention to who actually pays their billsâ€”not the company, the customer. General Motors was too slow off the blocks in recognizing that their customers now prefer SUVs and pickup trucks with their improved safety and fuel efficiency over conventional sedan cars. Sears’ executives kept flogging the same old haberdashery while they were falling apart at the seams. Tragically, their senior executives got big bonuses and golden parachutes while they raped the pension plans of their minimum wage hourly workers.

According to The New York Times, CondÃ© Nast, the giant media organization and publisher of such magazines as Vogue and Glamour is also now trying to mitigate the effects of bad management. They’ve fired Chief Executive Robert A. Sandberg Jr. and shuffled various editors. Some publications like Glamour are going to digital only, ignoring old ladies like me who like to rip pages out of magazines for my inspiration file. Which brings us to the core of the problem. There’s little to no inspiration in fashion magazines these days. Vogue is particularly irrelevant and my commitment to my subscription is hanging by a thread. Have they ever considered asking what their readers would like to read? I’ve been a subscriber for years and no one ever checks with me. Seems pretty obvious but not to those occupying the exalted thrones at the top of corporations. Now, I’ll move on to the auto industry.

It’s simple. Go into competition with Bombardier. They seem to have more business than they can handle, very little competition, a guaranteed source of financial handouts from various levels of gullible government (taxpayers) and no particular business or management skills. Anyone can do better than that with a little business savvy, some creative thinking and an already available source of skilled workers. The recent news that Bombardier is laying off 7,500 workers worldwide including 2,000 in Canada prompted me to revisit a piece I wrote earlier.

During my lifetime, I’ve watched automotive manufacturing plants grow and expand to meet new technologies, then retreat and ultimately close. I worked for the construction company that built a major portion of those Ontario plants. To see Oshawa’s General Motors operation go from almost thirty thousand employees to zero is heartbreaking. Ford has also closed facilities in southwestern Ontario.

As we know, Bombardier, the manufacturer of subway cars and streetcars is a perpetual sinking Titanic-sized case study in bad management. Taxpayers keep futilely bailing out the chronically mismanaged privately owned corporation like it’s a giant money pit. Despite this, Bombardier continues to be awarded new contracts for transit vehicles which they are guaranteed to not deliver on time. They’re years behind on delivery of stock for Toronto and other major cities. Obviously there’s not enough competition in the business of manufacturing transit vehicles.

The answer is simple. Retool the automotive plants to produce subway cars and transit vehicles. Put the workers in Oshawa and southwestern Ontario back to work and let them show Bombardier how it’s done. Small fortunes were spent updating auto manufacturing plants in Ontario and they’re now sitting empty waiting for weed growers to lease the space and sell the equipment for scrap metal. The problem of trucks encountering insurmountable traffic problems moving stock across Toronto’s choked highways would be eliminated. At the risk of sounding immodest (!!), I think my solution is brilliant. Does anyone have any influence with GM President Mary Barra or the UAW? Put in a word. Better still, put the kettle on and sit down at the kitchen table and make this idea work.

Itâ€™s a perfect storm and has all the ingredients needed to launch a successful business enterpriseâ€”strong market demand for both present and future products, skilled, available workforce, existing manufacturing plants available for retooling, tested financial metrics and business case, shortage of reliable manufacturers. All thatâ€™s needed is a smart team to pull it together and weâ€™re in business.

Bombardier is a train wreck of back-ordered stock on a track to disaster. For years weâ€™ve been enduring the ongoing saga of mismanagement, government bailouts, law suits and failure to deliver. Theyâ€™re being sued for failure to deliver public transit vehicles on schedule. Toronto Transit Commission is at their witsâ€™ end trying to get delivery of long overdue streetcars and could face similar difficulties with future transit vehicle deliveries. Yet Bombardier keeps accepting new orders because buyers seem to have nowhere else to turn.

Well, dear readers, I have the solution. We did it during World War II and it could work again. Re-open the General Motors and Ford plants throughout southern Ontario that closed when manufacturing jobs went south, and tool them up to build streetcars, trains and other heavy industrial mass-transit vehicles. Get Oshawa, Windsor, Talbotville, St. Thomas and other automotive plants making streetcars and trains. If Bombardier canâ€™t do the job, then give the work to those who can.

Iâ€™m sick to death of hearing about the incompetency of Bombardier and failure to meet their obligations when half of Oshawa is collecting employment insurance benefits and would love to be back to work. If automotive plants could switch to making tanks and fighter planes during the Second World War, Iâ€™m confident Canadian ingenuity could make it happen again for trains and streetcars.Set up a conference call or better still, a meeting at Tim Hortons somewhere along Highway 401, between the automotive execs, the UAW, the Quebec and Ontario Government Ministers of Economic Development and Bombardier and letâ€™s get this show on the road. Iâ€™ll buy the Tim-bits if it helps sweeten the pot. Timeâ€™s aâ€™wastinâ€™ and jobs are waiting. Let’s put the kettle on. 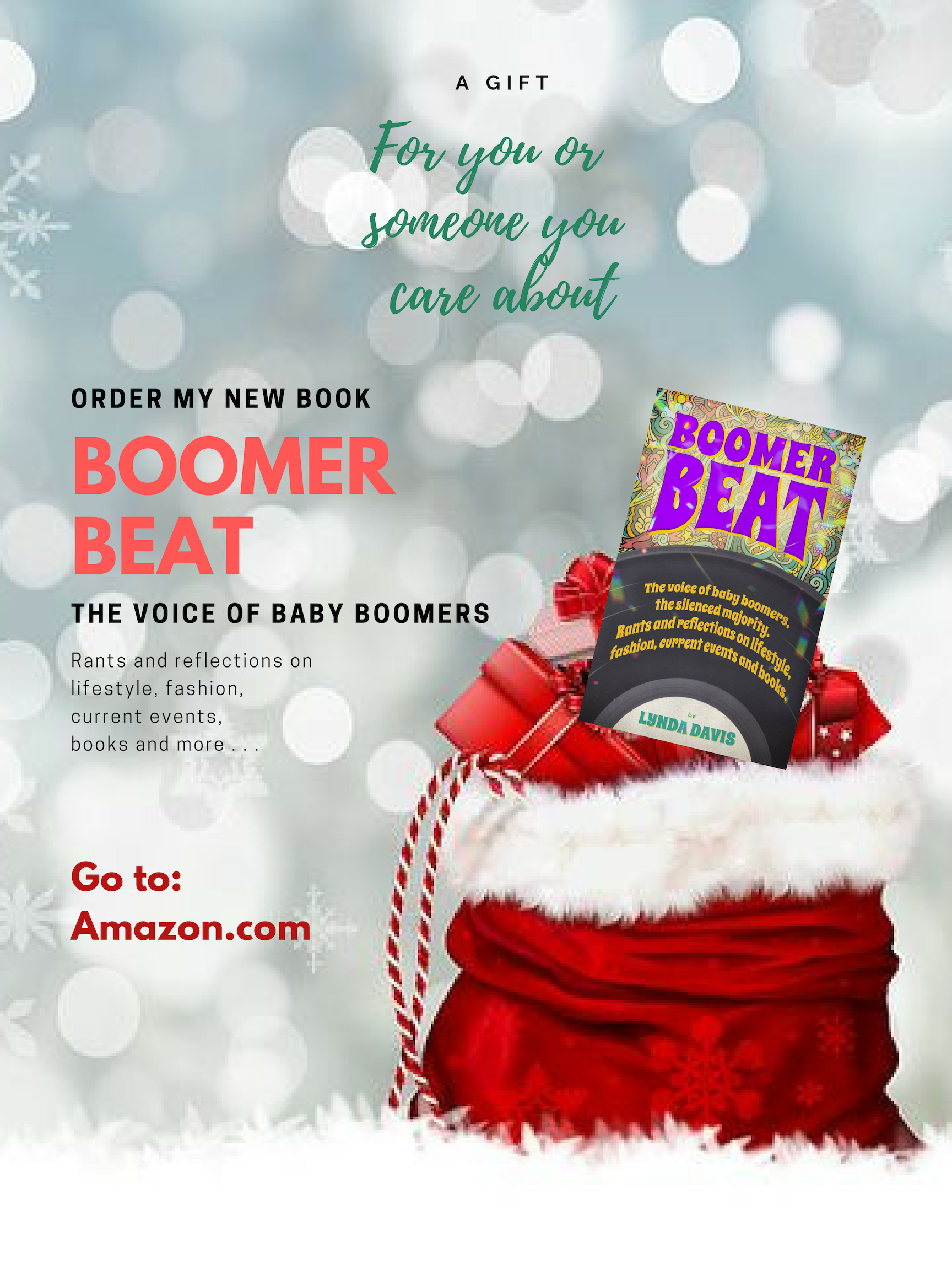 Good one Lynda, hopefully those folks will take action on your idea and see what can be done to help our out of work workers.

Thanks Colleen. Makes sense to me.

At 83 and for many years, I say that when one door closes, another one opens – with Oshawa’s industrial infrastructure and capable work-force, my second reaction to the Closing was that it presents a glorious opportunity for ‘Others’. You, dear Lady, have speedily already identified potential ‘Others’. My respects and admiration for your outlook and thoughts – please keep ’em coming!

Can’t tell you how much I appreciate your vote of confidence. I’ve sent the blog posting to Globe and Mail, Mary Barra and the unions in Canada and U.S. – not that anyone will listen. Thanks for tuning in Michael.

Your knowledge and wisdom continue to inspire and impress me.

Sounds like a good idea to me. Life is all about reinventing yourself and keeping up with technology and the demands of quickly changing times.

If only they would listen to us!