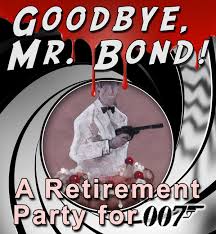 Who spends their entire working life with one company any more? Does the end of careers spent with a single employer mean the end of alumni associations and their attendant lunches/get-togethers, long-term service awards and even retirement dinners? Most baby boomers probably had more than one job during the course of our decades-long working lives, although there are some who may have spent the majority of their career at one company.

When I started working for Bell Canada (then called The Bell Telephone Company of Canada) in 1965, it was common for people to spend their entire lives working for one large corporation like Bell, General Motors, an insurance company or Ontario Hydro. Those companies attracted new hires with such incentives as paid on-the-job training, benefits and pensionsâ€”even though those perks were the last things on our young minds way back then. Now that we realize the importance of company pensions, it’s too late and most companies no longer offer them.

Perhaps we intended to stay with a single employer when we started work. After all, our parents grew up in the Depression and just having a job was something to be revered and appreciated. But as time went on, perhaps we got restless, wanted a change of scenery or were offered a better position at another company. Consequently, most of us had half a dozen jobs or so over the span of our working lives. I did spent a major portion of my working life with EllisDon Corporation (builder of Rogers Centre, formerly SkyDome, and other multi-million dollar projects) but I did have enough other jobs to qualify as being well-rounded career-wise.

I was honoured recently to be asked to speak on The Joy of Retirement at an alumni lunch for retired and former Toronto area employees of Coca-Cola Canada. With my baby boomer-targeted blog and a new book coming out, they thought my message would resonate and inspire. In discussions with attendees and fellow speakers prior to the luncheon, it soon became obvious that while we have so many common denominators, we’re not like earlier generations of retired people. We’re healthier; we live longer; we’re working from a different playbook in planning and living out our retirement.

We’re also a vanishing breed in a world of young people with short interest spans who change jobs every couple of years. This means the day will soon come when there will be no alumni associations because workers will no longer identify with a single employer. Any friendships we develop with co-workers are most often maintained by individuals themselves as corporations lend very little support to the alumni ethos. The old days of “Bell Pioneers” and other groups of retirees supported and respected by their former employer may be numbered.

One of the lessons I learned during four decades in the corporate world is that there’s no reward for loyalty in business. Those all-nighters we pulled to meet a deadline, the weekends spent working instead of being with family, the stress associated with our jobs will not be noted on our tombstones, nor would we want it to be. It is most certainly not noted by our former employers. Having watched their parents or grandparents sacrificing so much for their jobs, millennials have rejected this mindset by insisting on more balance with their personal lives and much as it irks me at times, I can’t fault them. 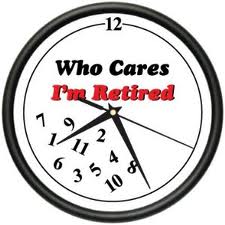 So, as we pay out of our own pockets for those alumni lunches, let’s enjoy the company of our former coworkers as long as we can. Those people understand what we’ve been through together and they share our joy in being retired, as no one else can. Those lunches are just another one of those dinosaurs going the way of long-term service awards and company pension plans . . . and baby boomers.

This is a very good analysis of what is happening in our world of employment. Your statement about loyalty is quite true. Before I retired,I would joke with my colleagues that when I did,three days later they would say â€œEd whoâ€!!ðŸ˜‚ðŸŽ¼ðŸŽ¶ðŸ˜ŠðŸŒ´ðŸŒ²

Sad but true. It was particularly hard on my husband who was the number two guy at EllisDon Construction. He still meets fellow retirees for lunch from time to time which he enjoys. I was glad to leave it all behind. Thanks for your comments. Good to know you’re still rockin’.