The comments made this week by Donald Trump about scuffy contraband shoes being smuggled into Canada is just too delicious for this Canadian serial shoe wearer to ignore. In one of his latest unhinged rants Trump attempted to horrify patriotic Americans into vilifying Canada and mistakenly defend protectionism. By informing them that Canadians were so desperate for shoes and to avoid Canadian duties (or tariffs as he called them, which are not the same thing) he announced that we make covert trips to the United States to purchase and smuggle their prized and precious footwear back into Canada. Then, in order to deceive those pesky Canadian border security agents, we toss our old straw clogs at the border in Buffalo, scuff up our new made-in-America Reeboks and trip across the border undetected, fooling those filthy Canadian revenuers. What more proof do Americans need that Canada is a terrible place?

I have a confession. In fact, any Canadian who has ever visited the United States would probably admit to being guilty of the same thing. I have purchased shoes in the United States and brought them back to Canada. But I’m confused. I didn’t realize what I was doing was wrong, immoral or unpatriotic. And I certainly didn’t break any laws so there was no need to scuff up my shiny new shoes to fool border security because I’m legally allowed to bring back up to $900.00 in merchandise duty-free after an absence of a particular number of days from Canada. If I exceed the legal spending limits, then I’m prepared to pay duty to Revenue Canada for the chance to pick up something different from what I might find at home. And what sane woman in her right mind would ever scuff up her new shoes anyway?

So how is this hurting anyone? I supported American business. I kept border security agents employed by checking my passport and sitting in their little booth to ask me a few simple questions to ensure I’m not packing heat. And the banks rejoiced at the service charges and exchange costs they levied when I converted my Canadian dollars to American. If I hurt anyone, it’s probably China, the mother lode of cheap shoes. And, of course, this whole exercise is moot if you’re a man; everyone knows that men only own two pairs of shoes, one brown and one blackâ€”unless they’re under 30 in which case they may also own a pair of runners. Cross-border shopping is a non-issue for men.

The ironic thing about this whole fiasco is that if Donald Trump actually cross-border shopped like real people, he’d realize that we have far better quality shoes in Canada than they have in the United States. Many of our shoes are Italian imports thanks to our large Italian immigrant population who have created businesses here. See, Donaldâ€”immigration is a good thing. The quality and styles of what we can get here are far superior to what most American stores offer and our prices are competitive. No one in the world manufactures better winter boots and coats than Canadians and thanks to our global business practices we have access to imported as well as locally-manufactured merchandise that is far better than south of the border. Just ask Meghan Markle, Duchess of Sussex who regularly sports Canadian-made brands.

Sorry Mr. Trump. You got some fake news there. You’ve somehow taken the issue of non-existent Canadian protectionism and twisted it into something you hope will justify American protectionism, but you’ve shot yourself in the foot. And unless you were wearing genuine Canadian-made steel-toed Kodiaks, Timberlands, Royer, Canada West, Caterpillar or other superior brands made in Canada, you could be missing a few lower digits. You’re certainly missing something, and that’s not fake news.

Here’s Greg Perry’s (The Toronto Star) take on the situation: 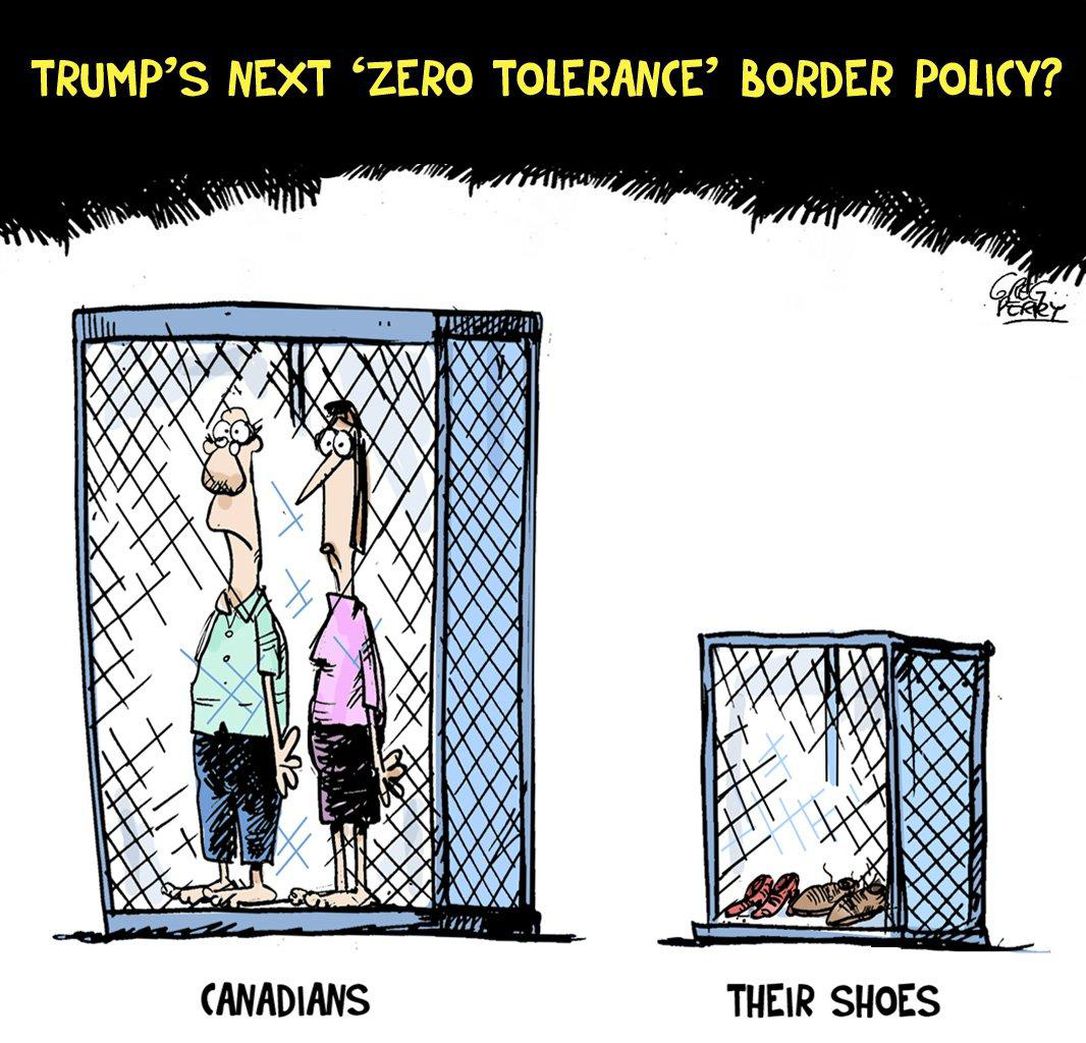 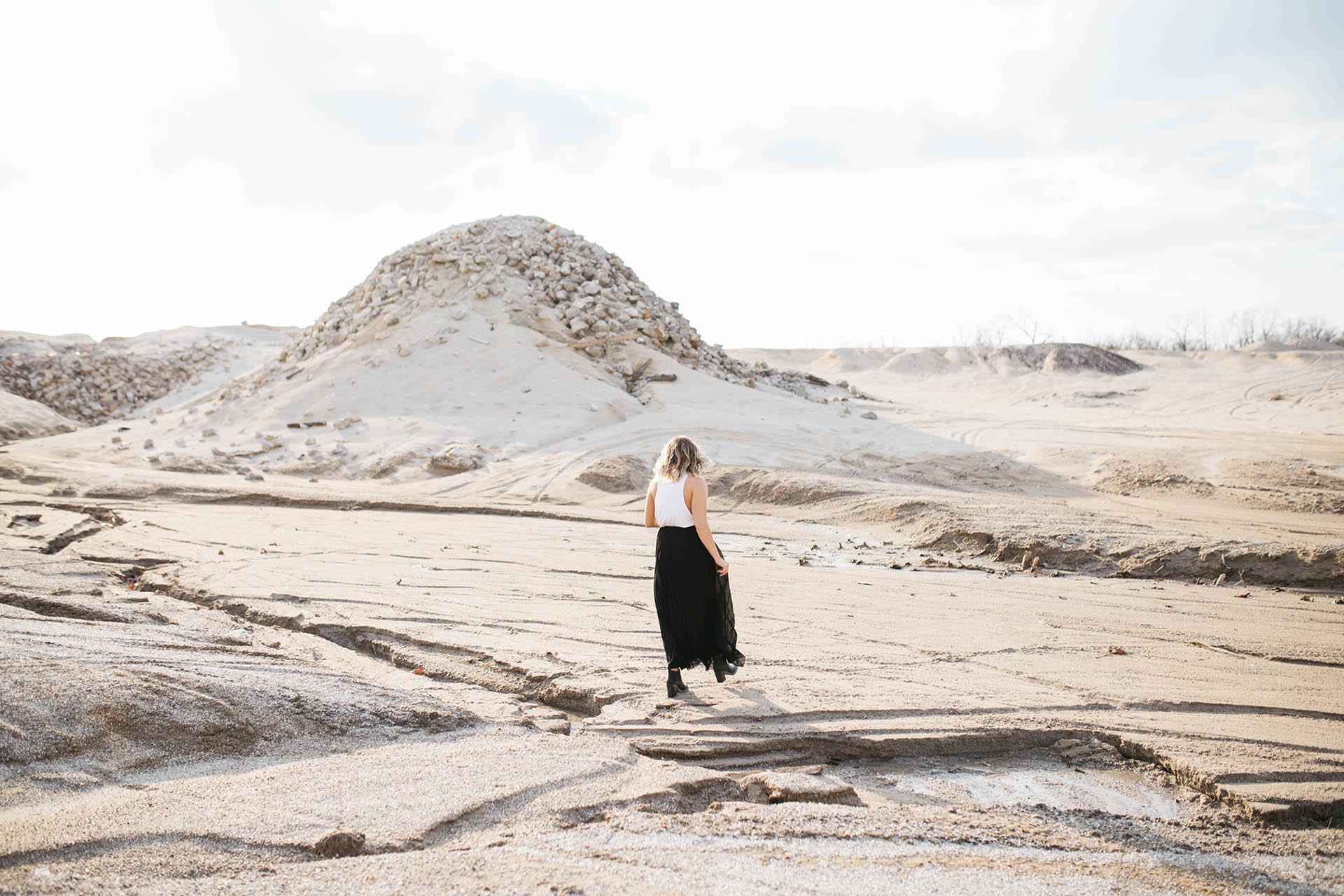