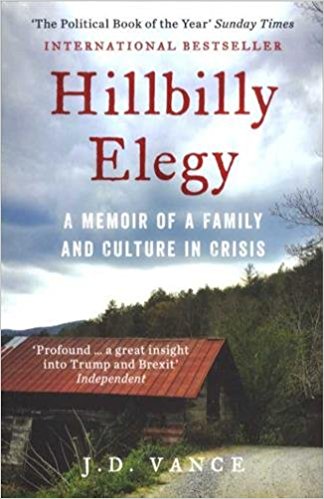 There’s a reason Hillbilly Elegy, A Memoir of a Family and Culture in Crisis by J.D. Vance has been on the New York Times’ best seller list for several weeks. It’s an amazing book. If you enjoyed The Glass Castle by Jeannette Walls, you’ll love Hillbilly Elegy for the same reason. Some might consider Vance a bit young (he’s only in his mid-thirties) to be producing a memoir, but many people including Walls and Catherine Gildiner who was the author of the wonderful trilogy about her early years, have lived young lives truly worthy of sharing. Memoirs by people who have risen above challenging beginnings to succeed in life have always fascinated me and we have so much to learn from them.

J.D. Vance was born into a poor, uneducated, unstable Appalachian family surrounded by a larger community of similarly dysfunctional people. His mother was pregnant at sixteen and although his father didn’t stick around he was never completely estranged. Vance was born into a life anchored by an alcoholic and ultimately drug-addicted mother with an endless stream of boyfriends and husbands, some good but most bad, an assortment of half-siblings and dismal prospects for a better life. The only stable element in his ever-changing life was the presence of an older half-sister and his gun-toting, cussing, mean maternal grandmother who truly loved him. His grandfather, although ultimately living apart from his grandmother was equally loving and loved by Vance and provided a kind moral compass for the boy. He moved back and forth between Kentucky and Ohio depending on his evolving family situation with all its domestic strife, his ever-changing sets of siblings and even changing last names.

When children are born into a community of people who are always fighting and are disinclined to hold regular jobs or even have ambitions of doing better, they grow up without incentive, without hope and without direction. Those who are lucky enough to find someone in this quagmire of humanity who can see beyond their obvious limits is truly fortunate. Vance possessed a level of intelligence that allowed him to at least finish high school despite poor grades and poor attendance in the midst of his family’s turmoil. Despite their own lack of education, his grandparents encouraged and promoted education helping him by providing a safe home when he needed it, moral direction when he strayed and were successful in regularly putting him back on track. When a cousin suggested the only way Vance would be able to get a college education which was the key to a better life, he opted to pledge four years of his life to the Marine Corps to subsidize his later college education. He ultimately parlayed this into a law degree from prestigious Yale University and through Hillbilly Elegy shares the experience of his journey with others who might benefit from what he learned along the way.

Vance discovered a world entirely different from what he had always known when he enlisted in the Marines and to a greater extent afterward when he went to university and law school. “When I joined the Marine Corps,, I did so in part because I wasn’t ready for adulthood. I didn’t know how to balance a checkbook” he said. The Marine Corps assumes zero knowledge on the part of its recruits and even accompanied him to open his first bank account. He had received no early guidance in nutrition, fitness/wellness or personal pride during his growing up years and describes himself as a cultural alien. He came to learn and understand the value of interpersonal skills and what he refers to as social capital to help smooth the way through networking. New relationships with friends and fellow students introduced him to a completely new set of social behaviours that were not aligned with his temper and hillbilly upbringing. Most people acknowledge that not all education is gained in the classroom but Vance had no experience with such everyday basics as table manners, how to dress appropriately, how to handle conflict or even how to give and receive love. Interestingly, one of his valued law school mentors at Yale was Amy Chua, author of Tiger Mom.

While he’s circumspect about suggesting solutions to the economic and social problems that are rampant in the rust belt of America, the author provides a rare glimpse into the lives of those people who live hopelessly grim and depressing lives. He knows better than most how they reached this point and why it is so self-perpetuating. Poor life choices, poor role models and social problems breed generations of people with no hope for betterment.Â  His observations are informed, articulately presented and blunt. What I found particularly revealing was his perspective on how entire generations of rust belt people turned against the Democratic party and put their hopes in the Republicans. Vance explains the misconceptions and clever rhetoric that guide their votes and destroys any hope of a better future. They are told “premature parenthood, drugs, incarceration . . . what separates the successful from the unsuccessful are the expectations that they had for their own lives. Yet the message of the right is increasingly: ‘It’s not your fault that you’re a loser; it’s the government’s fault’.”Â Untrue and unproductive.

I can’t recommend Hillbilly Elegy by J.D. Vance strongly enough. I learned so much reading this book and only wish the people of Kentucky and Ohio who are described in its pages would also earn from the wisdom he dispenses. I’d give it 10 out of 10.

To order a copy of Hillbilly Elegy by J.D. Vance from Amazon, click here.

To order The Glass Castle by Jeannette Walls from Amazon, click here. 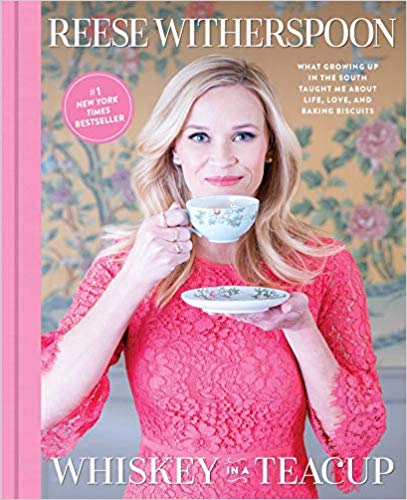 Tara Westover is proof we can rise above adversity | BOOMERBROADcast

[…] Westover’s best-selling memoir EducatedÂ is a success story similar to J.D. Vance’sÂ Hillbilly Elegy and Jeannette Walls’sÂ The Glass Castleâ€”and I loved them all. Stories by people who rise […]

In appreciation of more interesting reading!

I’m sure you’ll love it.