One of the things I love most about British television is the rawness and imperfection of the characters and the actors playing the characters. There is a conspicuous absence of fake breasts, perfect veneered teeth, botoxed and filled faces and lips, luscious hair extensions, gratuitous casting of youth and other superficial visual tools employed by casting directors in American programming. Everything is so believable.

I’ve just spent too many evenings binge-watching four seasons of an ITV series called Scott & Bailey about two female Manchester-based police detectives in the Major Incidents Division, which is police talk for murder and other serious crimes. The lead characters, Rachel Bailey, Janet Scott and Gill Murray deal with feminist issues from the front lines. Written by a superb team of women writers, the series is a realistic depiction of professional women coping with the dual demands of domestic and work life.

If you like British TV, you can watch Scott & Bailey on Netflix, YouTube or however you access your special programs. It’s much like another series, Happy Valley set in the north of England with great acting, realistic visuals and captivating plot lines.

While you’re at it and if you’re up for some rough working-class comedy/drama, check out Shamelessâ€”not the insipid American copycat version starring William H. Macy, but the real deal, set in Manchester, U.K.Â  If you can handle Trailer Park Boys then you’ll be up for Shameless. It’s not everyone’s cup of tea. They filmed an incredible seventy-nine episodes over a decade so I’m set for nice, long binge-watching sessions with my cup of tea by my side. The accents, sets, casting, writing and story lines of these British series are absolutely fascinating and I guarantee Anglophiles will be hooked right from the beginning. Give it a look. Wot?

P.S. Speaking of absolutely fascinating, watch for the new ABFAB movie starring Jennifer Saunders and Joanna Lumley coming out this summer. And, of course you’re already watching the British lineup every Sunday night on PBS. 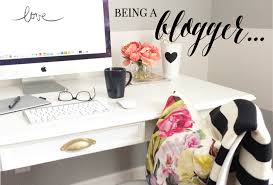