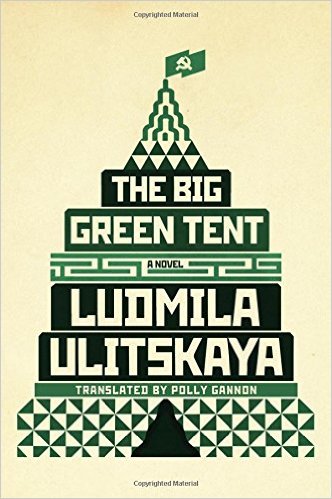 Books about Russian history aren’t everyone’s cup of tea but after reading Tolstoy’s Anna Karenina a few years ago, I’ve been fascinated with stories of everyday life in Russia at various times in history. Aleksandr Solzhenitsyn’s Gulag Archipelago is still on my bookshelf and one of these days I’m going to get beyond the first few dozen pages. In the meantime, The Big Green Tent by Ludmila Ulitskaya has been on The New York Times’ bestseller list for several weeks and covers the period in history from the death of Stalin in 1954 up until the 1990s so I decided to give it a shot.

Set in Moscow, the story begins slowly, describing the lives of three young boys, Sanya, Ilya and Mikha who are united together in elementary school by virtue of being perceived as weak in some way. As the perfect target for bullies, the boys each possess a different set of personal skills and attributes but form a united front against the world in which they live. They are positively influenced in life-altering ways by a special teacher when they are teenagers. After high school, their lives branch out and intersect with various other characters representative of evolving Soviet society through the decades of the cold war, the thaw and so-called enlightenment.

The author’s way of stringing the characters together reminded me of the principle of Six Degrees of Separation (we are all just six people removed from personally connecting with anyone on the planet). The book covers each man’s story in a parallel narrative, which can be confusing at times. The common threads are not only the main characters’ three-way friendship but the people who move in their individual and intersecting circles. Sanya is the musical one; Ilya is an avant garde photographer; Mikha is a sensitive and caring teacher. Reading the complex descriptions of musical interpretation and poetry was a challenge for me to read so I tended to skip over those parts. 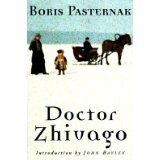 Life in the Soviet Union during the last half of the twentieth century was difficult for its citizens who were still under constant threat of arrest or deportation for the most minor infraction of Communist dogma, although not to the degree of the horrors carried out by Stalin. Imagine living in a twelve-foot by fifteen-foot room with three or four family members and sharing a kitchen and bathroom with twenty-five or thirty other people. Such was life in the glorious socialist state. The characters in The Big Green Tent were poor intelligentsia who had to go to the park and sit on a bench in the cold to discuss books, social conditions, politics or just to gossip about friends, for fear of being overheard and misunderstood by KGB agents. The apartments of common people were bugged and regularly monitored which frequently resulted in the police storming apartments and arresting people for the slighted perceived misstep or slip of the tongue. Reading or even possessing a contraband copy of Boris Pasternak’s Doctor Zhivago could land you in prison for several years.

Once I got through the mundane but essential descriptions of their early school years, the book picked up speed and I absolutely could not put it down. It’s a shocking indictment of Soviet life, particularly when we consider that the country is now being run by a dictatorial Vladimir Putin, former Chief of the KGB. It explains a lot. The translation is fluid and easy to read, unlike the version of Anna Karenina that I read several years ago. If historical fiction is your thing, then you’ll love The Big Green Tent. And I really must get back into The Gulag Archipelago.

The Big Green Tent covers a lot of ground | BOOMERBROADcast