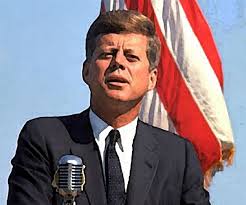 On the afternoon of November 22, 1963, our grade eleven history class at Campbellford District High School was interrupted by the principal with news that would eventually become perhaps the most defining moment in history for Baby Boomers. American President John F. Kennedy had been shot in Dallas, Texas. As soon as we got home from school, we stayed planted in front of our twenty-one-inch black and white television sets watching the drama of his death and funeral unfold over the next few days. Every form of media was dedicated to the event.

Fifty-two years later, I was appalled that this tragic day in history was largely forgotten in the media and upstaged by an embarrassment of circus clowns vying for President Kennedy’s job. How far we’ve fallen. While TV news programs were reporting the demented ravings from the asylum of presidential candidates, Boomers quietly remember that horrible day in 1963 when our optimism and hopes were shot through with bullets.

Lester B. Pearson was our own Prime Minister at the time but young Canadians forever identified with the Kennedy ethos. We eventually grew up, got jobs, raised families and many of us are now retired. But we will forever remember that horrible day in November 1963, made even more tragic by the fact that the world has now come to this. How could we have let this happen? I mourn for us all.

Lynda whenever anyone asks what significant event I remember as a child, John Kennedys assassination is at the top of my list. I was in grade school, and my teachers last name was Mr. Rennie. Little did I know that would be last name many years later. My teacher cried and I remember watching as a little girl and it scared me. I am another Canadian who has never, and will never forget it!

It was an indelible memory for our entire generation. What a coincidence for you. Thanks for staying tuned, Deb. Â Lynda Davis Follow my blog at: http://www.boomerbroadcast.net Social commentary on life from a Boomer Broad’s perspective e-mail: lyndadavis1@yahoo.ca For further insights into the Boomer perspective on business, fashion, mind and body, order my new book, BOOMERBROADcast. It makes a great hostess, birthday or Christmas gift. Click on this link: http://www.lulu.comÂ  orÂ http://www.amazon.com WordPress.com | | | Respond to this comment by replying above this line | | | | | New comment on BOOMERBROADcast | | | | | Deb Rennie commented… Read more »

I remember when President Kennedy was shot …. it happened on the same day as my brother’s birthday.

That certainly helps to remember. Thanks, Joni. Â Lynda Davis Follow my blog at: http://www.boomerbroadcast.net Social commentary on life from a Boomer Broad’s perspective e-mail: lyndadavis1@yahoo.ca For further insights into the Boomer perspective on business, fashion, mind and body, order my new book, BOOMERBROADcast. It makes a great hostess, birthday or Christmas gift. Click on this link: http://www.lulu.comÂ  orÂ http://www.amazon.com