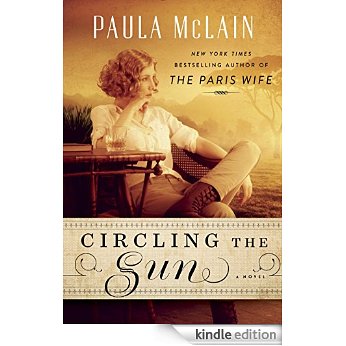 If you enjoyed Out of Africa, the story of author Isak Dinesen/Karen Blixen’s years as a coffee farmer in Kenya (is there a Baby Boomer alive who didn’t love the movie with Meryl Streep and Robert Redford?), you’ll enjoy Circling The Sun. Written by Paula McLain who also authored The Paris Wife about Hadley Richardson, first wife of Ernest Hemingway, Circling The Sun is the account of the life of Beryl Markham during her early years in Kenya.

Kenya in the 1920s and 1930s was the land of opportunity for British expats. In return for cheap land being offered to retired military officers, the settlers were encouraged to create farms and businesses to help develop and economically improve the British colony. Wealthy aristocrats with deep pockets and scant experience soon emigrated to create a society of gentlemen farmers and horse lovers.

Beryl Markham’s mother abandoned her husband and four-year-old daughter in Kenya to return to England with her lover. Growing up with farmers and local Africans, Beryl learned to speak Swahili, hunt with a spear and train horses. With minimal formal education, she successfully qualified as a horse trainer at the age of eighteen, the first woman in Africa to do so. She later earned her commercial pilot’s licence and among other achievements, was the first woman to fly solo east to west across the Atlantic Ocean.

Her personal life was as intriguing as her professional one. The British colony in Kenya at that time was home to a variety of aristocratic expats whose lives revolved around horse racing, sipping cool gin drinks, social events at “The Club” and generally misbehaving. They regularly changed sexual partners, took drugs and lived decadent lives away from British society, within a social structure of their own. Denys Finch Hatton was the lover of both Beryl Markham and Isak Dinesen. 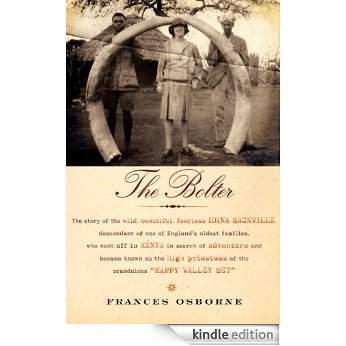 Two years ago I read an amazing book called The Bolter by Frances Osborne, granddaughter of one of the Mitford family cousins who lived in the rarified community called “Happy Valley” in Kenya prior to World War Two. I absolutely loved reading the tales of their scandalous lifestyles and I strongly suggest you follow up reading Circling The Sun with Osborne’s book. She had a special familial connection to the subject which made her book special. It’s a wonderful read and will provide an even deeper understanding of the intersection of the real-life characters’ lives.

Paula McLain brings her readers into the scents, landscapes, textures and heat of Africa brilliantly. It takes a gifted writer to produce a book of historical fiction written in the first person that is believable and engaging.Â  I loved both books and I’m sure you will too.