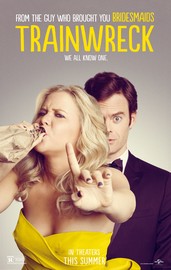 Amy Schumer is right on track with her new movie Trainwreck. Unfortunately I missed the first fifteen minutes of the movie because I walked into Theatre 3 which started earlier than Theatre 6, where I should have been. Old ladies are prone to these bouts of confusion. I’ve been watching her Tuesday night show on the Comedy Channel and love her humour.

Trainwreck is a semi-autobiographical satire of Schumer’s own dating experiences. She’s not shy about broadcasting her shortcomings and flaws and I love her for that. She has a gorgeous, natural figure that would be unfairly characterized as fat in certain fashion circles. Her boobs are her own; her teeth are her own; she carries herself with wonderful confidence; the humour is particularly caustic when delivered by a woman with the face of an eight-year-old.

As a writer for a superficial men’s mag, she’s sent out to interview a sports doctor played by Bill Hader who’s famous for treating professional athletes. One of his high-profile patients, played brilliantly by NBA star Lebron James steals the show in many of the scenes. In a brilliant riff on role reversal, James queries the doc about his feelings and intentions concerning his relationship with Schumer. And when the doc actually calls her the day after their first intimate encounter, saying he enjoyed their evening and suggests getting together again, Schumer and her girlfriend are shocked and confused by this out-of-character male behaviour.

Much of Schumer’s humour (sorry about the alliteration) is so subtle and discreet you have to keep your ears peeled or you’ll miss it. She nails social behaviours and the angst of relationships brilliantly. I was a bit disconcerted towards the end when the plot got all predictable and dreamy but was rewarded with a great finale. Go see it. And make sure you catch the whole thing.

P.S. For an even more insightful take on Trainwreck as a postfeminist piece, be sure to read Margaret Wente’s review in The Globe and Mail. She says it far better than I ever could. That’s why she has a regular award-winning column in the newspaper and I don’t. 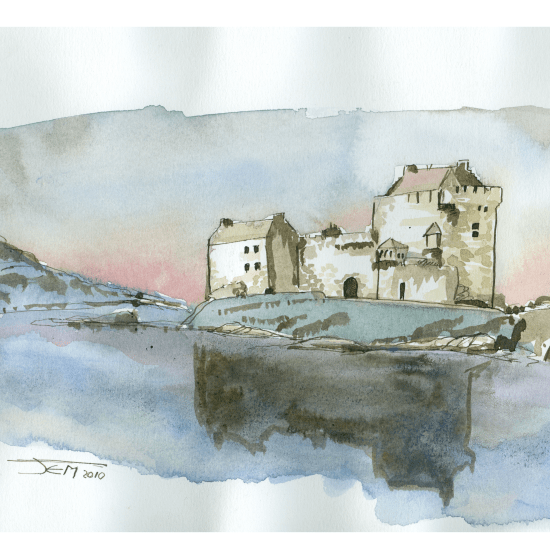 […] is her personal vagina monologue. Anyone who has watched her television specials or her movie “Trainwreck” understands that Schumer’s humour isn’t everyone’s cup of tea. She’s smart, […]

Don’t watch any of the trailers – they give away a lot of the jokes. Have fun, go with girlfriends. And thanks for your comment. Â Lynda Davis Follow my blog at: http://www.boomerbroadcast.net Social commentary on life from a Boomer Broad’s perspective e-mail: lyndadavis1@yahoo.ca For further insights into the Boomer perspective on business, fashion, mind and body, order my new book, BOOMERBROADcast. It makes a great hostess, birthday or Christmas gift. Click on this link: http://www.lulu.comÂ  orÂ http://www.amazon.com