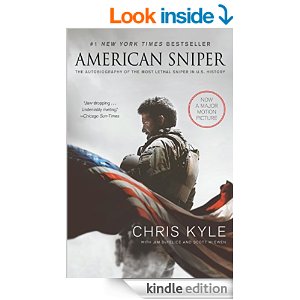 The movie American Sniper has been the subject of much discussion lately so I thought I’d weigh in with my opinion. To begin with, we have to consider the inherent differences between the American and Canadian perspective on guns and war. Americans revere their guns; Canadians would prefer a world without guns. This dichotomy made it very difficult for this Canadian to appreciate the virtues of Chris Kyle’s world. While we respect his patriotism and his fight for good, we can’t help question the collateral downside such as the deaths of innocent people and the damage to the soldiers’ minds, bodies and families.

Clint Eastwood movies are generally intelligent and approached with subtle sensitivity. This was clearly demonstrated in Grand Torino which he produced a few years ago. He brilliantly dealt with the issue of racism in ways that surprised and rewarded the audience. Without being judgmental, he serves up a story in American Sniper that leaves the moral conclusion to the discretion of the audience. The result is that some of us are for it and some are against.

There’s a lot to like about American Sniperâ€”in particular Bradley Cooper’s beefed-up testosterone-loaded character whose giant hands hold a newborn baby so tenderly we all want to rush out and have his baby. And there’s plenty of material in the movie to criticize and dislike. And that, I think is what Clint Eastwood intended. The movie isn’t about good or bad; it’s about good and bad. If we’d let Hitler have his way without going after him, we’d all be speaking German today. But the world is a different place now. It’s smaller. War is more complicated than good guys and bad guys and the only conclusion is no one wins.