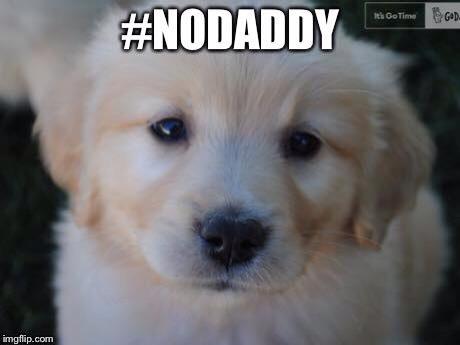 When I heard about the premise of the Super Bowl 2015 ad being aired by GoDaddy I was so horrified I was apoplectic. So I checked it out for myself. Apparently I wasn’t the only person who was shocked and disgusted and as a result of the public outcry they have pulled the ad. GoDaddy is a tool for building websites and they were hoping to capitalize on the success of the Budweiser ads with the adorable golden retrievers.

Let me set the scene. A pickup truck is bouncing down a dusty road with puppies in the open cargo area. One puppy bounces out and endures various hardships to find his way home. When he arrives, he’s embraced by someone who welcomes him with a hug and then told he’s been sold thanks to a breeder or puppy mill’s website designed by GoDaddy. Closing shotâ€”puppy departing in commercial van for “redistribution”.

This is wrong on so many levels I can’t believe no one at GoDaddy or its agency could be so utterly and unbelievably stupid and insensitive. First of all, dogs should never, ever ride in the open box of a pickup truck where they can easily be pitched out, stolen or otherwise hurt. One of my Boomer girlfriends witnessed dogs being transported this way so many times when she lived in Calgary, she made up flyers to leave on owners’ windshields reprimanding them for their stupidity. Breeding and selling dogs for purely commercial purposes is sad and contemptible, especially in light of the thousands of unwanted pets currently languishing in shelters, many of whom will be euthanized.

My faith in humanity was restored by the strong opposition to this commercial. GoDaddy and its advertising agency should be extremely ashamed and those individuals responsible for allowing the concept of the ad to develop should be held accountable. It was sick, wrong and immoral.