We’ve all seen the sad images of alcoholics hiding their shame by drinking from a bottle disguised in a brown paper bag. Do they really think because we can’t see the label we don’t know what they’re hiding? I must confess I have now been reduced to doing a similar thing—only my substance of choice is ice cream. Usually, I try not to even have it in the house as I cannot resist its magical, addictive pull. But, it is summer after all and what’s summer without ice cream?

I know I advised in a recent blog posting We’ve Come a Long Way Baby Boomers to “eat the cake, or in my case, ice cream”. After all, we’re in the autumn of our years and we don’t have a lot of time left to enjoy life’s gifts. But, bringing ice cream into the house is a slippery slope. At first, I thought I’d just indulge in one or two scoops to enjoy each afternoon but before long depravity and gluttony stepped in. Despite good intentions, I’d soon resumed my old habit of standing at the kitchen counter and eating ice cream directly out of the container until I felt sick and could not swallow another bite. That’s the mark of a good day.

Then, I moved the container(s) from the kitchen fridge to the extra fridge in the laundry room which theoretically would require me to walk further to reach my stash and hopefully discourage me from making the trip. You can guess how successful that was. Taking those extra few steps to the laundry room could be classified as exercise and that’s a good thing—right?

My shame has only been slightly mitigated by removing my consumption from the kitchen to the laundry room. And, instead of stocking a single container of ice cream, I now have as many as three on the go at one time. And I’ve taken to leaving a handy spoon in the laundry room.

My favourite flavours are Kawartha Dairy’s Pralines n’ Cream, Maple Walnut, Chapman’s Black Jack Cherry, Heavenly Hash, Rocky Road . . . oh hell . . . I love them all. My love of ice cream is a genetic marker I inherited from my grandmother. Her walks downtown on a summer afternoon were always wrapped up with a final stop at Long’s Restaurant for a dish of ice cream before she headed home.

When I’m in Florida, one of my first stops is Steak n’ Shake where I order a “side-by-side”. That’s two flavours of milkshake in a single, old-fashioned tulip-shaped glass container, topped with whipped cream and a maraschino cherry. If you go between 2:00 and 4:00 p.m. it’s Happy Hour and they’re half-price so I get my chocolate/strawberry combo for only $2.00. And, I never drink it through a straw; I savour it slowly by eating it with a spoon like a sundae. Yummm!

I’m almost looking forward to cooler weather when, hopefully, I’ll no longer be craving vast quantities of ice cream. It’s a largely seasonal addiction but I seem to be incurable and beyond any twelve-step program. I’ve been known to order a banana split in the middle of winter. As the old saying goes, “Do as I say, not as I do.” After all, I was the one who advocated eating the cake and ice cream while we’re still here to enjoy it. And, like a drug addict shooting up in the stall of a public washroom to avoid onlookers, I will leave that spoon in the laundry room. What forbidden pleasures have you indulged in recently? 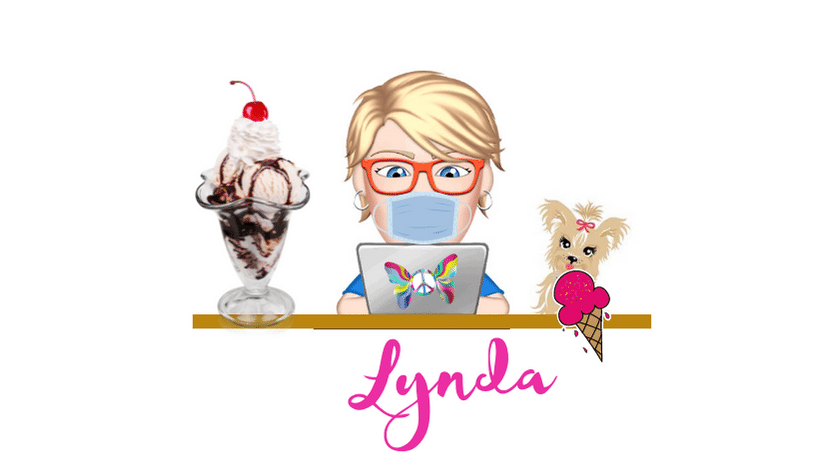 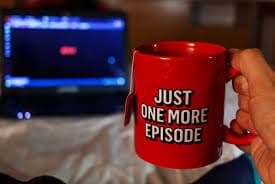 I’ve had the same experience with brownies! We get resourceful, don’t we? Thanks, Cathyin.

Hilarious but I suffer from the same addiction and can totally relate. It broke my heart to leave some of that ice cream cake on the plate at The Keg dinner yesterday but I too shamefully didn’t want to reveal my addiction to others at the table. I could feel your pain as you sat beside me with those same thoughts 🤣

Obviously I have no shame. Pass the ice cream please. I’ll finish it off!