This aging baby boomer has a confession. I just can’t drink like I used to. Some of us can’t. Has it happened to you? Liquor never was my personal cup of tea. I dislike the taste of rye whiskey; I hate gin; scotch burns too much going down, and because you can’t taste it, I think vodka is just a waste of money, unless you’re drinking it solely for the buzz. But it’s the buzz that I’ve come to be concerned about. In fact, for me, the buzz now feels more like the burrr! Where I once became all swoony and romantic after a couple of glasses of Pinot Grigio, I can barely get through a single glass now without getting an instant mild hangover. Not to mention, there’s a distinct possibility that I could fall asleep right in front of your eyes.

Each of us has our own personal history of drinking. For me, it started in the sixties with the boomer’s ubiquitous bubbly of choice, Mateus, a sweet rosÃ©. Those empty wide-bellied bottles lent themselves beautifully to what we young boomers considered to be sophisticated candle holders in our not-so-sophisticated singles’ digs. Friends could always be counted on to bring a bottle to a party; it was cheap and everyone liked it because it was one step up from drinking pop. Our nights in the pub were always accompanied by a table full of draft beer, again because it was cheap and we calculated we were getting more bang for our buck. I certainly swilled my share of whatever was on tap even though I never was a huge fan of beer, except on a really hot day.

Over the years, my tastes have progressed, although I can’t actually say they’ve improved. In my attempts to be one of the cool urbanites, I went through a DuBonnet phase, a Blue Nun phase and a particularly nasty Black Tower phase back in the 70s, the details of which I won’t go into. Then, about 20 years ago, I discovered Pinot Grigio and we had a love match. The colder the better. In fact, I prefer it with ice because as a friend pointed out, as the ice melts, it lasts longer. I did learn the hard way, though, never to drink at a business lunch. If I did, the afternoon was a complete loss. I’d feel discombobulated and in serious need of a nap. Because I worked in the construction industry, boozy lunches weren’t uncommon (things were different in the 70s and 80s. Remember Mad Men?) and the men I lunched with didn’t seem to be encumbered with my problem of after-effects.

When my husband and I first got together (he’s the one who introduced me to Pino Grigio), we’d enjoy long dinners with lengthy conversations often lasting three or four hours, over multiple bottles of wine and good food. I’m sure you’ve noticed how multiple glasses of wine enhances conversation! I enjoyed the taste; I enjoyed the buzz and I could handle it without getting too sloppy or stupid. But, all good things must come to an end. I can’t pinpoint exactly when the transformation began, but I started to notice I felt terrible, even ill after a few glasses of my favourite PG. Sadly, my ration is now down to about one glass a week, on a Saturday night with a nice meal. But the effects begin before I’m even half-way through my glass. 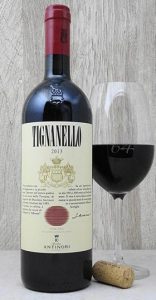 My ability to always be able to handle my alcohol intake has definite upsides. I’ve never had to worry about whether I drink too much. My liver is probably as good as new and I never have to apologize the next day for bad behaviourâ€”well, at least not as the result of drinking. I could never be an alcoholic although considering my taste and lack of resistance to President’s Choice (Made in France) chocolate almond bars and Kawartha Dairy’s Rocky Road ice-cream, I do sympathize with addiction issues. We all have our Achilles’ heel.

Getting drunk or getting high has never been something that appeals to me. I prefer to be mostly in control of my faculties at all times but I do love my cold white wine, particularly the first cold, crisp couple of sips. Umm good. But as time goes on, I’m being robbed of the pleasure of enjoying anything more than a 6-oz. glass of Santa Margherita and that restriction just pisses me off.

I’ve tried switching to red wine but that’s not where my tastes lie. I do enjoy a few silky sips of Tignanello, an amazing Brunello, but at around $100.00 a bottle, that’s never going to occupy a spot on our wine rack. No wonder it’s (supposedly) Meghan Markle, Duchess of Sussex’s favourite. At that price, you need to be a Duchess to afford it, so I’ll never find out if I’m able to handle more than a glass. I was first introduced to it when we toured the Antinori Winery in Tuscany, Italy a few years ago. Talk about spoiling you by upselling.Â  As for wine alternatives, I’m reserving the gummy bear option for when my joints (!!) become too painful to manage. Hopefully, not until I’m in ‘the home’.

In the meantime, like sailors of old who were issued a tot of rum a day, I’m rationed one small glass of white wine a week. Ugh! Does anyone else have a problem with their wine consumption? Are we doomed to a life of abstinence?

Your list of all those wines of the past was a trip down a ver scary lane!

that’s why I switched to Tequila. Yes really…..I never get a headache or a hangover (not that I drink multiple glasses of it)

I’ve never been able to get excited about Marguerita’s either so I’ll just have to take your word for it about the clothes thing – ha ha. And at my age, the impact could be catastrophic.

Not a problem around here – I switched to a rose Pino Grigio and it is fine.
Brenda

I didn’t know there was such a thing. Must give it a try. Thanks, Brenda.

Sorry about to hear about your problem. Switch to margarettas…the only problem is tequila makes your clothes fall off…. Haaaaaa! haaaaaa! That’s a country song in case you didn’t recognize itðŸ˜‰

Never did develop a taste for Margaritas which is probably just as well as the consequences could be catastrophic at my age for the people around me. Thanks, Gail.