Does anyone know how to stop those infernal, annoying, never-ending calls from telemarketers trying to sell me duct-cleaning services? It’s been going on for years and they nail me anywhere at any time. I was sitting in the hairdressers yesterday and ring…ring…ring. I rarely use my cellphone so when it rings it’s always my husband. Not this time. After fumbling in my purse, digging out my phone from the bottom layer of purse detritus and trying to figure out how to turn it on to take an incoming call, only to hear . . .Â  “This is XYZ Duct-Cleaning Services calling . . . “

The other day I was pickling beets in the kitchen. Just as the sticky mixture of cider vinegar and sugar came to a boil on the stove, the phone rang, and once again â€“ duct cleaners. They interrupted me just long enough for the sugary vinegar mixture to boil over on the stove . . . and there aren’t words to describe the mess it created, not to mention the stream of bad-swears uttered in anger and frustration. For the record, a boiling mixture of cider vinegar and sugar turns hard as titanium when it erupts like a volcano from the pan and hits a flat surface. Or a vertical surface like the front of the stove. Or the floor. You get the picture.

Even though I’m on a Do-Not-Call list for telemarketers (which obviously is not effective), I have a variety of responses when they do call. It ranges from a simple hang-up to screaming at them, informing them I have radiators, not ducts (a lie), yelling at them to never call me again, and ordering them to take me off their call list. Nothing works. They’re as persistent as . . . well, telemarketers selling duct-cleaning services. Our neighbour told me that when she informed them she didn’t have ducts, they insisted she did! What’s a girl to do?

They interrupt meals; they interrupt my favourite tv shows; they interrupt my entire life. I can’t imagine these calls generate enough sales to even pay the minimum-wage earners who place the calls, with a little robo-help, of course. I’ve considered recording the number they’re calling from and blocking it, but the number isn’t always the same. Sometimes it’s a 289 area code; sometimes it’s 416; other times it’s 905 or 647, or the ubiquitous 800 or 866. I don’t know who’s calling until I pick it up and hear that familiar, dreaded pause before the spiel.

It seems self-defeating and counter-productive to have to disconnect my home phone and cell just to avoid the telemarketers but extreme circumstances call for extreme measures. Too bad there wasn’t some kind of tear gas that we could release through the telephone lines to temporarily disable them. If you have any suggestions, send them my way. I’m desperate. Even illegal measures will be seriously considered. The greater question that now remains is who should I call when I actually doÂ need my ducts cleaned? 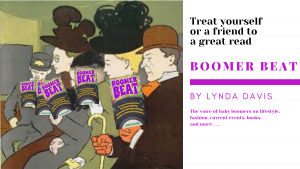 I tell them I am busy (having dinner, guests are over, etc.) and ask them for their home phone number so I can call them back there later.

I am learning to let all my calls go to voice message, unless I recognize the caller. No way will I let the pickling liquid boil over!

For sure I’ll never make that mistake again. Gotta get my priorities straight. Thanks for your comments.

Yes, I agree they are annoying but I’m onto them even when they try to trick me with the area codes….put on your call recognition phone feature.

I usually don’t pick up, or I hang up. They’re sneaky though.

Yum. Glad to hear you’re making beets this year. My favorite. We all have the same problem with telemarketers. They somehow manage to find your number no matter what you do. So sometimes I amuse myself and play along with them. Like the fake guys from the CRA. I ask a bunch of stupid questions and drive them crazy until they hang up. It’s a little bit like sweet revenge. Now, about those beet pickles…..

My father (who’s 93) also plays games with them. He doesn’t have a computer or cell phone and strings them along for awhile before he tells them and they hang up on him. The beets are “steeping”. Can’t wait to try them.

Make sure you have Call Display enabled on your phone. When you see a number you donâ€™t recognize let it go to voice mail. Itâ€™s solved the problem for me and reduced the calls. Or just hang up when you first hear that pause.

Not to worry, my dear. I do have call display and I either do not answer or immediately hang up.