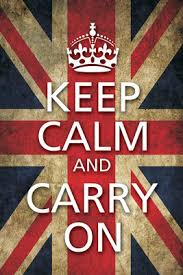 Several years ago my husband and I toured the war rooms in the cellars beneath the Admiralty building in London, England. This underground bunker is where Winston Churchill, his generals and advisors spent time during WW II planning strategy and saving themselves from being bombed into oblivion. The tour was a fascinating experience with everything left exactly the way it was on May 5, 1945. The clocks stopped at 5:00 p.m. and cigarette butts still sit in the ashtrays. Seeing all the seemingly ancient telephones in different colours for different lines was odd when compared with today’s technology.

Several other things struck us as amusing. In addition to fake rats scattered throughout (for authenticity) there was only one functioning toilet in the entire complex and it was reserved for Mr. and Mrs. Churchill. The rest of the pit dwellers used large metal lidded cans like garbage cans that were emptied daily. (Don’t know what you had to do wrong to earn that job.) There were many quaint signs on the corridor walls including daily weather reports about the world above. People who were often entombed below ground for days or even weeks on end were supposedly uplifted by reading little blackboards that said “Fair and mild” and the famous “Keep Calm and Carry On”.

Prime Minster Theresa May has her hands full these days. While not as challenged as Sir Winston Churchill, she’s had her share of stress with the killer B’sâ€”Brexit, Bombings, Burning Buildings. She may want to consider retreating to that cozy little haven under the Admiralty building to regroup, strategize and escape the flak. It’s an environment free from parliamentary heckling, unhappy voters and bad British weather. And as a bonus, it’s bomb-proof.

The entire world seems to be under siege these days, whether home-grown or from foreign bullies. We have economic, political, social and environmental issues that seem insurmountable. Then there’s the NAFTA, NATO and immigration fiascos. We’ll try to “Keep calm and carry on”. .Â  and hope it gets better. War and conflict, whether military or economic leaves senseless casualties and is entirely preventable. Experience has proven, however, that we have to stand up to the bullies in order for good to prevail. I only hope our political leaders have the intestinal fortitude of Winston Churchill but somehow I’m not confident they do. Let’s hope diplomacy and cooperation prevail before it’s too late for this fragile world in which we live.

Turning off the news and tuning out the noise is one way of constructing my own personal safe space but the problems persist. I’m thinking it might be a better idea to jet off to London, England and seek shelter in Churchill’s bunker. The phones don’t work in the bunker and there’s probably no cell signal or WiFi either. I’d be insulated from all the bad news and I know for a fact there is at least one working toilet. I’d have to download hundreds of books on to my iPad to fill the days. But the lack of sunshine could turn me into a very grumpy girl and no one would like that, so perhaps I’d better just soldier on in my own home in relatively safe Canada. Compared to the problems experienced by the rest of the world, there’s definitely no place like home. And there’s no place I’d rather be. 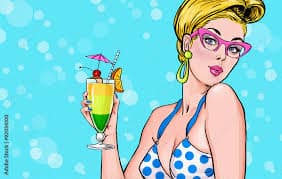