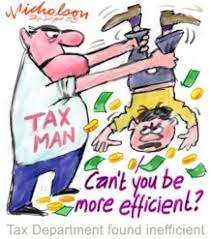 First it was the farmers. Now it’s the minimum-wage earners working in the retail sector. Can the Revenue Canada bottom-feeders stoop any lower? Their pathetic proposed tax grabs are beyond punitive; they border on masochistic. Canada’s Minister of Finance Bill Morneau obviously did not grow up on a farm, or even keep company with someone who grew up on a farm. If he did, he’d think twice about sticking it to farmers who pay their children a couple of dollars an hour to help in the barn with the milking at 6:30 a.m. before they eat breakfast and go off to school. Or variety store owners and other family businesses whose children work nights and weekends to help keep their businesses afloat.

Now the feds have retail and other lower to middle-income workers in their sights. They’re proposing to tax employees on the value of their employee discounts, a tax grab that is beyond shameful. Retail sales associates in clothing stores are encouraged to wear brands carried by their stores to help promote sales. And the system works. I’ve often been in a store, admired something a sales person was wearing and purchased it for myself. That sales person probably earns minimum wage or slightly more and often spends most of what she or he earns in the store. And now that miniscule benefit has caught the attention of the Revenue Canada rapists.

Several years ago I worked for a company that provided free parking to employees in the company-owned lot beside the building. The tax auditors tried to extract taxes on an obscure estimated dollar value of that benefit for an amount the employees didn’t even receive. Premiums for supplementary health benefits provided by employers are taxed. Support payments to single mothers that have already been taxed are re-taxed when received by the parent with custody of children. Child support payments are obviously a huge windfall for struggling parents. When is the insanity going to stop? We elect our politicians to represent the people but it seems we’ve elected an economically elite group of Marie Antoinette wanna-be’s who are completely out of touch with how real people live and try to make ends meet. I have no objection to going after the high rollers; that’s the nature of a capitalist society. But picking on the little guy, the ninety-nine percenters is just plain immoral.

I don’t know what the answer is. If I thought elected officials actually listened to the constituents who pay their salaries and grotesquely generous pensions I’d suggest writing, calling or emailing your member of parliament. But they’re probably too busy trying to figure out how to tax the income on your child’s lemonade stand. But it’s worth a try. Unless we storm the Bastille, the elite in Ottawa are going to step up their dirty work. We must remain vocal and invested in what they’re trying to sneak past us. I think they’ve gone mad. They’ve certainly made me mad. 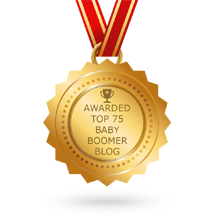