Imagine if Parliament passed a law that required every male in the country to be circumcised. Or, what if getting a vasectomy required the written permission of the local Catholic priest, regardless of your religion. What would the reaction be if every male in the country was forced to undergo a rectal exam before he was allowed buy condoms. As bizarre as this sounds, that’s exactly the kind of obstacles and unwarranted control over their bodies that women in the United States are now facing compliments of a reactionary, misogynistic government. 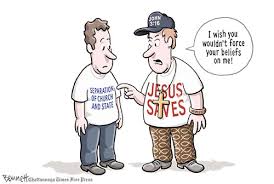 There are reasons the original fathers of the American constitution insisted on separation of church and state.Â  Removing funding from Planned Parenthood has eliminated access for millions of women to assistance in health-related services like breast and pap examinations, STD testing, birth control and other counseling. Students, low-income women and minorities are not the only beneficiaries of services related to women’s health and particular segments of the population are totally dependent on them.

It’s difficult for men to comprehend the challenges faced by women on many levels in everyday life. We cope with lower pay, gender discrimination and general lack of support for “women’s issues”. Many men are oblivious and it’s our responsibility to educate and inform the men in our lives about the importance of fairness and equality. I wish I’d been more vocal when I was younger. If I had, I would have made more money and had a much fatter pension plan waiting for me upon retirement. But, it’s still not too late to make our voices heard.

Fortunately, as a Canadian, I live in a more enlightened society. We take care of our sick through universal health care and are more progressive in recognition of women’s issues than our southern neighbours. Canadian women are able to access maternity and health care services our American sisters only dream of.Â  Perhaps they should start lobbying for reciprocal restrictions on males in health, economic and social issues. Many health plans reimburse men for the cost of Viagra but do not reimburse women for birth control pills. Imagine the backlash if men earned just seventy-six percent of what women made? How would they react to being told they had to get the approval of a fusty old doctor before they could father children or alternatively, choose not to father children. The threat of mutilation or something physically invasive happening to their little boy private parts might get the attention of the alpha neanderthals running the country. Only then will they truly understand what it feels like to have a third party have the final say on what happens to their body, i.e. to be a woman. Religious dogma notwithstanding, men as well as women are the beneficiaries of freedom. America’s founding fathers understood this, but unfortunately the current government can’t read.

If you haven’t seen it already, you’ll understand the imbalance when you watch this YouTube Video by British comedienne Tracey Ullmann. Click here.

From this day forth, all male citizens will be circumcised | BOOMERBROADcast

[…] Source: From this day forth, all male citizens will be circumcised […]