It’s simple. Go into competition with Bombardier. They seem to have more business than they can handle, very little competition, a guaranteed source of financial handouts from various levels of gullible government and no particular business or management skills. Anyone can do better than that with a little business savvy, some creative thinking and an already available source of skilled workers. The recent news they were laying off 7,500 workers worldwide including 2,000 in Canada prompted me to repost a piece I wrote earlier this year about Bombardier.

Itâ€™s a perfect storm and has all the ingredients needed to launch a successful business enterpriseâ€”strong market demand for both present and future products, skilled, available workforce, existing manufacturing plants available for retooling, tested financial metrics and business case, shortage of reliable suppliers. All thatâ€™s needed is smart management to pull it together and weâ€™re in business.

Letâ€™s get this train wreck back on track.

Bombardier is a train wreck of back-ordered stock on a track to disaster. For years weâ€™ve been enduring the ongoing saga of mismanagement, government bailouts, law suits and failure to deliver. Theyâ€™re being sued by the cities of London, England and Berlin for failure to deliver public transit vehicles on schedule. Toronto Transit Commission is at their witsâ€™ end trying to get delivery of long overdue streetcars and could face similar difficulties with future transit vehicle deliveries. Yet Bombardier keeps accepting new orders because buyers seem to have nowhere else to turn.

Well, dear readers, I have the solution. We did it during World War II and it could work again. Re-open the General Motors and Ford plants throughout southern Ontario that closed when manufacturing jobs went south, and tool them up to build streetcars, trains and other heavy industrial mass-transit vehicles. Get Oshawa, Windsor, Talbotville and other automotive plants making streetcars and trains. If Bombardier canâ€™t do the job, then give the work to those who can. 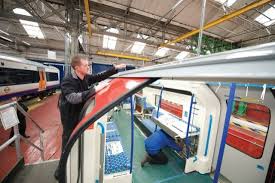 Imagine the jobs that could be created in Oshawa, Windsor and other automotive towns.

Iâ€™m sick to death of hearing about the incompetency of Bombardier and failure to meet their obligations when half of Oshawa is collecting employment insurance benefits and would love to be back to work. If automotive plants could switch to making tanks and fighter planes during the Second World War, Iâ€™m confident Canadian ingenuity could make it happen again for trains and streetcars.

Throwing more money at Bombardier in government bailouts has proven to be a bottomless money pit. The company is poorly managed and despite their continuous unfulfilled promises they have no viable plan for turning things around. And now Delta has given them an order for new C-Class planes. Good luck Delta. 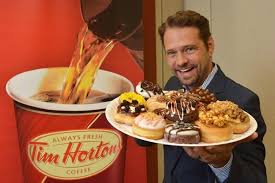 Hereâ€™s the solution. Set up a conference call or better still, a meeting at Tim Hortons somewhere along Highway 401, between the automotive execs, the UAW, the Quebec and Ontario Government Ministers of Economic Development and Bombardier and letâ€™s get this show on the road. Iâ€™ll buy the Tim-bits if it helps sweeten the pot. Timeâ€™s aâ€™wastinâ€™ and jobs are waiting. Iâ€™d be happy to facilitate. Just call me.

The world needs more women like you…..I think you need to be writing articles in the newspaper or get on a talk show along with your blog…..get that common sense thinking out to the public.
Gail from Oakville