While channel surfing a couple of weeks ago, I came across The Graham Norton Show on BBC Canada, a talk-show from the UK which I really enjoy. Among the guests was Noomi Repace promoting her new movie Child 44 based on the book by British author Tom Rob Smith. I’d never heard of the book, the movie or the author but the subject sounded interesting so I downloaded the book from the library.

Child 44 is loosely based on the true story of a serial killer of children in Russia in the 1950’s. A public relations problem is created by the fact that in the perfect Communist society of Stalinist Russia, the authorities claim there is no murder. Crime and murders are solely the product of decadent western capitalist living. When war hero and respected MGB agent Leo Demidov is assigned to confirm the case is an accident, he uncovers a series of other murders which appear to be carried out by the same person using the same peculiar methods. What he uncovers about the cases and himself in the process is unnerving. It’s a great murder/mystery and I enjoyed it so much I immediately downloaded another book by the same author. 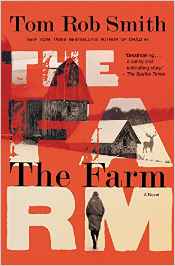 The Farm, also by Tom Rob Smith reminded me of a lite version of Stieg Larsson’s Millenium series of books. A psychological thriller, the plot follows a retired couple, Chris and his Swedish-born wife, Tilde when they retire to a remote farm in Sweden to pursue a back-to-the-land lifestyle. Having arrived at retirement without sufficient funds to remain in England, they plan to immerse themselves in Swedish rural life and farming, perhaps opening a Bed & Breakfast in their farmhouse to supplement their income. When their son Daniel receives an unexpected and panicked phone-call from his father claiming that his wife Tilde has suffered a mental breakdown with associated delusions, Daniel struggles with what to do since he has his own secrets. Suddenly, his mother returns to England with bizarre stories of horror, murder and intrigue. Daniel is forced to choose between believing his mother or his father in their differing versions of events. Events described in the book are drawn from Smith’s own life. 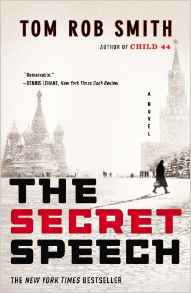 Then, I discovered that Child 44 was the second part of a trilogy, so I immediately downloaded the second book, The Secret Speech.Â  This next phase of the story follows Leo through his second career as a police detective responsible for investigating crimes. Russia is thrown into turmoil when Stalin dies and Nikita Khruschev issues a massive denouncement of Stalin’s regime in a speech that is highly critical of Stalin’s abuses of power. The repercussions of the speech include confusion, disbelief, distrust of fellow comrades and chaos.

These books are a departure from what I normally like to read but I found all three intensely engaging. The fact that I read them back to back says a lot and I plan to read more by Tom Rob Smith. His writing will keep you turning the pages to get to the truth, you’ll gain exceptional insights into mid-twentieth century Russia, and you’ll have fun along the way.