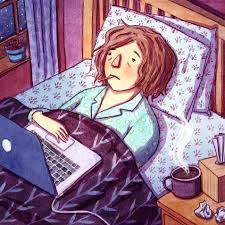 Did you miss me? The reason I haven’t been blogging this week is because I’ve just lost six days of my life thanks to a vicious virus that had me laid up in bed for longer than I can ever remember. It started with a sore throat on Monday morning and by noon I was flat-out on the sofa, moving later to my bed where I’ve been holed up in the dark for almost a week. Everything hurt. My hair hurt when I brushed it; my armpits hurt when I put deodorant on after a shower; my joints were so sore I could only lay in one position for ten or fifteen minutes before I had to shift to be more comfortable. I’ve had a blinding headache non-stop and thanks to extreme light sensitivity in my eyes, I could neither read or watch TV to pass the time.

So what I did with that time was lie there under the covers cursing the major pharmaceutical companies and plotting my revenge for their inability to come up with a vaccine or cure for the common cold. I am absolutely convinced this is not an insurmountable problem. As my old boss used to say, “I want solutions not excuses.”. Despite their arguments that the common cold cannot be prevented or cured because of the various permutations of the virus, I don’t buy it. After all, they found a vaccine to prevent HPV and that’s a virus. We can vaccinate against pneumonia, shingles and dozens of other diseases. And they’ve unlocked the secrets of complex DNA sequencing codes. Why not the simple common cold? 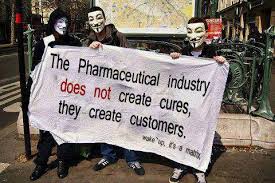 The reason there is no cure or preventive vaccination is because it’s simply not in the best interests of the pharmaceutical giants to solve this problem. They make bazillions of dollars marketing and selling snake oil cures to the hapless public that do a questionable job of even mitigating the symptoms. I’ve always been a believer in treating the cause rather than the symptoms but how would they replace all those obscenely huge profits from questionable cold remedies if they were simply able to prevent the common cold. I’m convinced that a science nerd in some university lab has already created the vaccine but Big Pharma paid big dollars to buy the creator’s patent and silence.

And while I’m on a rant here, I have the same attitude about a cure for cancer. It’s simply not in the best interests of Big Pharma to come up with a cure when they can charge suffering patients nine hundred dollars a month for anti-nausea drugs instead. Think of all the well-meaning participants in Terry Fox runs and Susan B. Komen runs-for-the-cure that have been staged in the last thirty years. They’ve raised billions of dollars for research and yet they still haven’t found a cure?

It’s been rather quiet for my readers this past week and the ongoing sources of my irritations and annoyances have enjoyed a week of peace. I’m now ready to resume my evil ways and call out the offenders, champion the champions and speak for Boomers who care about the world around them. And my little Yorkie’s delighted too. She’s spent the last week snuggled up against me, leaving my side only long enough to eat and go pottie. She’s dying to resume her busy life of ball-chasing, sniffing lamp posts and otherwise terrorizing the neighbourhood. We’re both ready to rock ‘n roll. 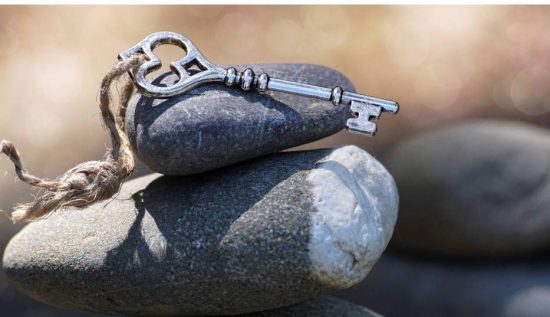 Glad you are feeling better and a well written blog……totally agree. It’s all about greed and a conspiracy theory……the GMO manufacturing companies and pharmaceutical companies working hand in hand. No doubt about it.