Boomer broads are never at a loss for excuses about we’re always a few (or more) pounds overweight: I’m big-boned; it’s hereditary; it’s my thyroid; I don’t have time to exercise, or simply, I just love cookies and ice-cream. Well, my dears, your Boomerbroadcaster has come through with the definitive word on why it’s not our fault. It all has to do with city planning. You see, a recent research study of twenty-four cities in California by several university engineering professors concluded that the reason we’re all becoming obese and diabetic is because guys like Le Corbusier decided in the 1930s that people would be happier and healthier if our cities were more park-like. That meant no more efficient and boring street grids that connected us to stores and workplaces in the least amount of time. Instead, it was deemed that twisty, winding, wide avenues and cul de sacs would be more conducive to our well-being.

The result of that brilliance is that in North America it now takes us longer to get anywhere and cars are such a necessity that our entire economy has been built upon building, selling and driving cars. Unlike densely-populated cities in Europe where people walk much more than we lazy North Americans do, our residential communities are located on the perimeter of working areas. Living and working spaces are completely separated and lovely though that may be it has created generations of fatties with an increasing litany of health issues resulting from being unable to walk to the corner store without starting the car and driving to get there.

Growing up in small-town Ontario in the fifties, we rarely went anywhere in the car. My parents walked to their factory jobs. Everyone walked or biked to school except farm kids but their farm chores were usually completed before they hopped onto that bus at 7:00 a.m. Attendance at Brownies, Girl Guides, Sunday school, birthday parties, babysitting jobs, swimming lessons, summer jobs and all other events was always on foot, unaccompanied by adults. There were neighbourhood stores in the front of someone’s house every few blocks and we were always being sent to the store for last-minute quarts of milk, loaves of bread or a brick of neopolitan ice-cream for dessert. Malls didn’t exist in the fifties and early sixties so we shopped locally in our small town, on foot. How far we’ve fallen.

So you see, we can thank Le Corbusier for leading our city planners astray and we can thank those university professors for explaining why we can’t lose weight. I suppose we could all move to Paris where our butcher, baker, wine store and greengrocer would all be around the corner and we could walk to everything. I rather like that idea but I’m probably too old to become bilingual. I do think, however, our population and our city planners are starting to realize that driving ninety minutes to and from work each day is not the best use of resources on so many levels. It’s probably too late to start ripping up our cities to make the necessary changes but at least we can encourage them to start pouring money into public transit. That would at least require us to walk to the bus stop, climb up and down stairs to transfer to the subway and carry our groceries home in shopping bags.

The problem remains. I’m too old and too fat to live in Paris. Our city planners are ignoring the needs of seniors and baby boomers in terms of transportation and accommodation, and ongoing cutbacks in healthcare are jeopardizing any chance I might have of losing weight by making me pay for liposuction. I can only hope those city planners have an efficient plan for transporting my fat old corpse when I have a heart attack behind the wheel of my SUV on my way home from the bake shop at rush hour. If they wouldn’t listen to neighbourhood advocate Jane Jacobs, what hope do I have? 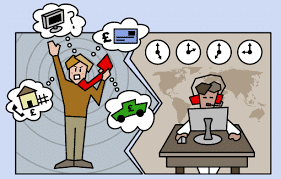 Hi there mates, its great piece of writing about tutoringand
fully defined, keep it up all the time.

Though, perhaps that’s just a reflection on my own skills.
They are applicable to a myriad of other weapons and techniques.
You can prefer from one of four types of Ninja Turtles.

Today, I went to the beach front with my children. I found a
sea shell and gave it to my 4 year old daughter and said “You can hear the ocean if you put this to your ear.” She placed
the shell to her ear and screamed. There was a hermit crab inside and it pinched her ear.
She never wants to go back! LoL I know this is completely off topic but I had to tell someone!