This morning’s essay in The Globe and Mail, “Snickering at the eternal Footman” by Randy Brown got me thinking about the general apathy I see today. When we Boomers were in our 20s, navel gazing was considered a waste of time. Getting out there and doing something was our mantra whether it took the form of getting an education or a job, expanding our circle of friends, backpacking around Europe or marching in protest to a variety of issues we did not agree with.

It appears to me that everyone today is not looking outward and upward but literally down and inward. Smart phones have become the overriding tool of communication and whether sitting in coffee shops, walking down the street, riding the subway and unfortunately even while driving everyone is looking down, literally. How can this not translate into inaction and inertia?

In retrospect I often wish I’d been a more involved participant in the events that characterized the lives of Boomers in the 60’s and 70’s. I only protested once and that was in the 80’s when I set up a card table at a Queen’s Park rally selling tee-shirts I’d had made up that said “Taxed to the Max and Rae-ving Mad!” when I objected to Bob Rae’s style of government. I sent some tee shirts to Conrad Black who kindly sent me a personal thank you note which I kept as a souvenir for a very long time.

I lived downtown during that incredible time in the 60’s and 70’s. We walked every where rather than spend money on subway

tokens, taking in events at Toronto Island, attending dances at Ryerson and parties at U of T frat houses. Friday and Saturday nights were spent walking back and forth along Yorkville Avenue listening to the beat of music coming from The Riverboat, The Purple Onion and other clubs, swaying with the summer crowd and draft-dodgers (thanks U.S. for sending us those guys who ultimately were a great asset to Canada) in our psychedelic blouses and bell bottoms. CHUM radio (we didn’t have a TV at Willard Hall where I lived) kept us up to date on the radical goings-on at Rochedale College and there was always something to do and somewhere to go. We loved standing outside The Coq D’Or on Yonge Street peeking in the open door and through the smoke listening to Ronnie Hawkins who sometimes graced us with a visit on the street. The drinking age was 21 then and at 19 we weren’t old enough to go in. Fake ID never even occurred to us.

I watch it each Thursday night I’m reminded of all the activity generated by Boomers at that time. The music was and still is magical. Our interest in politics was intense and we didn’t hesitate to make ourselves heard. The closest thing I’ve seen to that kind of passion recently was the limp and ineffective “Occupy Wall Street” movement which fizzled out. The bad guys got away with it. Ho hum. Back to checking e-mails and texting what we had for lunch.

As someone who rarely uses her cellphone and doesn’t even know how to text, I may sound like a complete dinosaur but it frees me up to look around and observe the world around me. It provides me with a ton of material to blog about and my laptop has become my old-lady version of marching with a protest sign. I worry that we’re becoming too complacent about what the bad guys are doing to us. The recent Ontario election is a perfect example. We had a sorry choice no matter who we voted for. Do we vote for another four years of reckless fiscal management (Liberals), tuned-out slash and burn (Conservatives) or scary, myopic socialism (NDPâ€”I still haven’t forgotten the damage done by Rob Rae).

I’m probably wasting my time trying to be heard when everyone around me is preoccupied looking down at their smartphones. Now that Boomers are retiring and have time to make ourselves heard, I hope we do just that. From housing (build it and we will come), to entertainment (see my recent blog about movies), to pensions, we have to protect our interests. Pierre Trudeau’s reckless spending and the Vietnam war were mistakes that are still being felt to this day. Why do we keep letting the bad guys do bad things to us? I keep hoping that one by one, people will eventually look up and out from their Smartphones at what is really going on and do something to put it right. But I’m not optimistic. What do you think? 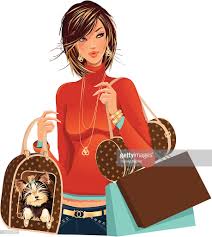 Enjoy it all Lynda….. you go girl.

Thanks. So nice to have a fan!

Thanks so much, Lee. Great to hear from you. Happy summer.