“Help me Rhonda, help help me Rhonda . . .”Â  Songs have a special way of transporting us back to the time and place when they were part of our everyday lives. Hear a certain song, close your eyes and you’re drifting along in a time and place many years ago. You remember what you were doing and where you were. Maybe you were babysitting, parked with your favourite guy or just lying in your room late at night listening to WKBW in Buffalo on your transistor radio – that’s the only time you could get a signal. Ahh – the mellow harmonies of the Beach Boys, “In my room, in my room. . .”

I never get tired of 60s music. It transports me back to weekends working at a drive-in restaurant. Not many people today can include “carhop” on their resume. From age 14 to 17, I worked weekends as a carhop at a tiny little drive-in burger restaurant in our small Ontario town. The drive-in was located on a side street behind the bowling alley and just like in the movie American Graffiti everyone gathered there after doing whatever they do on a Friday or Saturday night.

the restaurant was partially gravel but we looked pretty darned cute in white peddle pushers and sailor blouses in the summer. As fall set in, our outfits were replaced by heavy coats and gloves until about mid-November when all the action moved inside.

When cars arrived, they angle-parked in front of the drive-in or across the street and left their headlights on indicating they wanted service. After we’d delivered the order to the car on a heavy aluminum tray that clamped to the open window on the driver’s

side, they’d turn their lights off. When they were ready to leave the headlights came on again to signal us to come and collect the tray and garbage. That system wouldn’t work today with car headlights running as soon as you turn on the ignition.

The restaurant was probably the size of your average two-car garage. Inside were two tables for four people and a counter with eight stools – hardly a mega enterprise. On the weekends there were usually four or five of us working behind the counter flipping burgers, mixing shakes and frying fries. I can still remember the shorthand we used on the order sheets to speed things up.

FF = French fries, or “chips” as we called them

HB = hamburger, CB = cheeseburger, XO = no onion – after all there was probably some serious making-out on the agenda for customers after they left

Order forms hung in a row on 1″ finishing nails hammered into a shelf above the grill. In the galley behind were three adjoining stainless steel sinks and when there was a lull in traffic we washed and dried all the dishes by hand. No electric dishwashers back then. Pruny hands were a way of life.

The prices were easy to remember and add up.

Cigarettes were 35 cents a pack and coffee was 10 cents a cup. And you really had to put your weight behind slamming down those large round keys on the old manual cash register. Ka-ching.

Working conditions were laughable by today’s standards. When I first started I was paid 65 cents an hour which was raised to 75 cents during my last year. Tips were practically non-existent as most of the customers were kids like us. On Friday and Saturday nights I worked from 6:00 p.m. to 1:00 a.m. and from noon to 6:00 p.m. on Sundays. After we closed at 1:00 a.m. the staff would sit down for a burger and shake which the owners were kind enough to sell us at half price. Then we

mopped the floors, washed and dried the dishes, cleaned the single unisex washroom, cleaned the grill and generally left everything shipshape for the next day’s business. And we didn’t get paid for the hour between 1:00 a.m. and 2:00 a.m. when we did all the cleanup and closing up work. Then, the owners would drive us home. If they weren’t there, Eddie, who also worked there, would walk us home, then walk across town himself to go home.

Some nights we’d tune in to CKPT AM radio in Peterborough on a tiny transistor radio we’d place on the window sill of the take-out window. CHUM in Toronto was totally out of range but sometimes we’d catch a cool tune from Peterborough or Belleville when traffic was slow.

Things got really crazy during the last couple of hours before closing. The local single-screen movie theatre let out around 11:00 and the dance hall closed at midnight a

nd by the time everyone worked their way over to the drive-in, the parking lot was in overdrive.Â  Cars that weren’t actually parked to buy food were cruising back and forth, back and forth with all the windows down and Beach Boys, Elvis or Tommy James and the Shondelles blaring from the radio. Ronnie Hawkins was always popular because he was almost a “local”. He owned a farm near Peterborough and often played local venues. And because we were a semi-rural community, Johnny Cash, Ray Price and Conway Twitty were always popular.Â  Friday and Saturday night cruising was the social highlight of the week after farm chores were done and school work put aside.

The really cool guys drove with their left shoulder pushed forward against the driver’s door and their right arm around their chick-de-jour who would be snuggled up close on the wide bench seat. It looked like two people were driving. . . . Sweet little Sheila, you’d know her if you see her . . .C’mon baby, do the Loco-motion . . .or how about Be my little run run run run runaway . . .

Ah, those were the days, my friend. 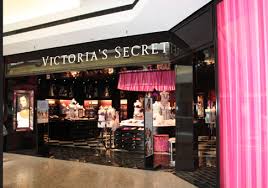 […] not sure if roller skates was the qualifier here or carhop. I should refer him to my earlier post, Memoirs of a Teenage Car-Hop. His experiences and perspectives on the sex, drugs and rock & roll generation are a great […]

And while you were hopping from car to car in that little rural Ontario town, I was across town checking hats and coats at the local Saturday night dance hall. When midnight came, we would shoo the dancers out and send them across town for one last snack delivered by the car hop team. Those were the days and many of the people we met or worked with are still in the same area.

. . . and one of us married one of those cute Saturday night guys.

Looking back on growing up in small-town Canada, so refreshing. The McDonald’s generation misses out on a whole way of life they could never envision. Thanks for sharing.